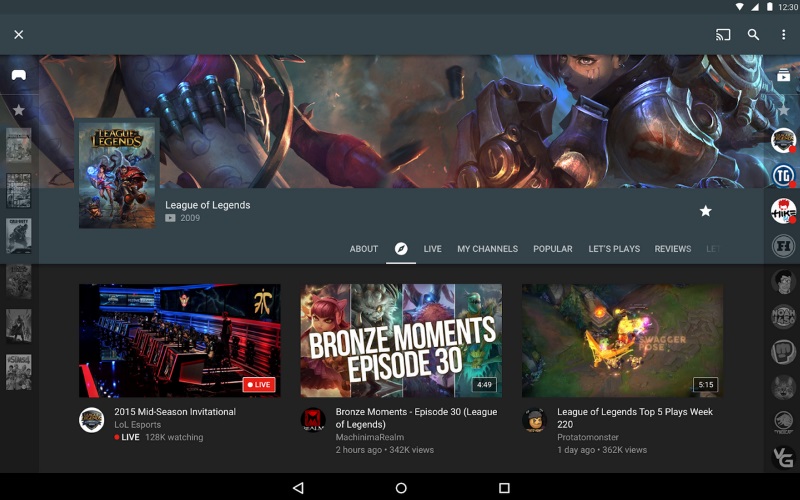 YouTube on Wednesday strode into an arena dominated by Amazon-owned Twitch, with the launch of a service tailored for the hot trend of video game play as a spectator sport.

The rollout of YouTube Gaming marked the public debut of an online venue where video game lovers can find commentary, live play, on-demand snippets and more.

YouTube Gaming had been in a test phase since it was shown off at an Electronic Entertainment Expo (E3) extravaganza in June.

"As promised, and after some excellent road-testing by thousands of dedicated gaming fans, YouTube Gaming is now available," YouTube engineering manager Frank Petterson said in a blog post.

"Blending gaming videos and live streams, YouTube Gaming brings you closer to the games, gamers, and culture that matter to you."

An English-language website at gaming.youtube.com was being rolled out in countries where YouTube is available, according to Petterson.

He said that a YouTube Gaming application was being made available in Britain and the United States for mobile devices powered by Apple or Android software, with more countries to be added "soon."

"Having a destination where you can get all the gaming content you care about is really important," Ryan Wyatt, YouTube's head of gaming partnerships, told AFP at E3 while showing off the online venue for live or on-demand video focused on gaming.

"That is why we created this," he said.

Massive online audiences
Billions of hours of video related to gaming are watched monthly on YouTube, from "walk-through" clips showing players how to handle challenges, to comedic commentary and in-game action, according to Wyatt.

The online arena for video game channels incorporates the search smarts of Google, which owns YouTube, to surface fresh or must-see content.

The acquisition was one of the largest in Amazon's history $970 million in cash for the three-year-old Internet company.

It allows viewers to chat with the players and others, lending it some of the qualities of social networking websites, and it also sells advertising to generate income.

The takeover came with a boom in online viewing of real-time video game or computer game play as "e-sports" attract growing crowds as spectator events.