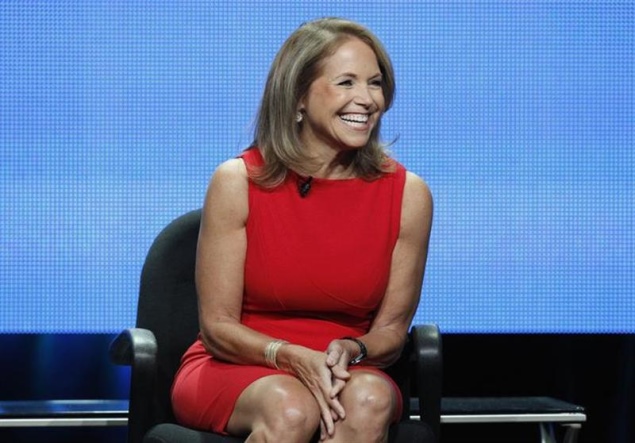 Yahoo made a fresh move Monday to expand as a media group, naming a star "global anchor" to be the face of its digital news brand.

"Couric is joining the company as Global Anchor, as part of Yahoo's ongoing commitment to re-imagine how news and information is delivered and consumed," a Yahoo statement said.

Yahoo chief executive Marissa Mayer, hired last year to help revive the fortunes of the faded Internet pioneer, said Couric "will lead a growing team of correspondents at Yahoo News who will cover the world's most interesting stories and newsmakers."

"From pivotal coverage of natural disasters and historic elections to the Royal Wedding and the Olympic Games, groundbreaking interviews with heads of state and leading tastemakers, her experience is unmatched," Mayer said in a blog post.

Couric, 56, will continue to host her daytime television talk show "Katie" while being the "face" of Yahoo News and being part of features for the Internet pioneer's home page, according to Mayer.

Couric will begin with Yahoo News in early 2014 to help reshape coverage for the Internet giant, which hosts the biggest global news website and is gradually moving to control more of the content.

Couric told news website Capital New York the format for Yahoo's programming has not yet been defined.

"I don't think it is going to be a half-hour evening news broadcast or a two-hour morning show," she said.

On Twitter, Couric tweeted: "Thrilled to join @YahooNews as Global Anchor! Great team there led by @MarissaMayer & an exciting future ahead!"

Couric joins a team of other respected journalists including Megan Liberman, David Pogue and Matt Bai, hired from the New York Times.

Liberman was hired in September to be editor in chief to "lead a major expansion of Yahoo News, bringing in new voices and defining features for the site."

Bai was hired this month to be a national political columnist.

The Couric recruitment comes as Yahoo continues a quest to redefine itself as an online venue for "premier digital content."

Couric joined the CBS "Evening News" in 2006 after 15 years presenting NBC's "Today" show. She left CBS in 2011 and since 2012 has had her own show with ABC, which has a news partnership with Yahoo.