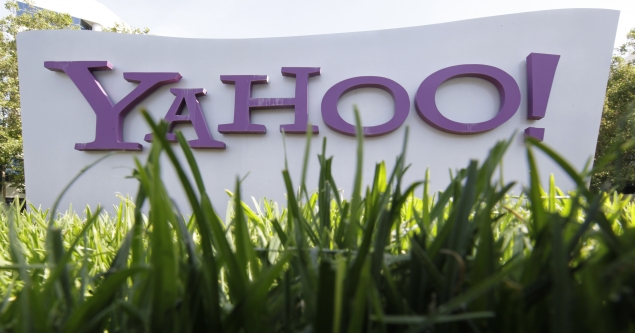 Just a few hours after Yahoo ushered in Marissa Mayer as its new CEO Tuesday, the struggling Internet company's second-quarter earnings tempered some of the excitement surrounding her hiring.

The results provided a sobering reminder that Mayer is entering a situation dramatically different from what she left behind at Google, where she helped build the Internet's dominant search and advertising service during her 13-year tenure.

Instead of pulling the levers on Google's finely tuned moneymaking machine, she will now be running a financial laggard seemingly unable to devise an effective turnaround strategy.

Mayer, 37, becomes the fifth CEO in the past five years to try to salvage Yahoo.

Investors hoping to hear about Mayer's plans for Yahoo were disappointed Tuesday. She skipped the company's earnings call so she could spend more time meeting with her new management team. Yahoo didn't even provide a forecast on how it might fare in the current quarter.

"We believe it's best to give our new CEO time to get acclimated to Yahoo before providing any future guidance," said the company's chief financial officer, Tim Morse, who ran the conference call.

The second-quarter numbers largely fell in line with the ho-hum performance that investors had anticipated.

As has been the case for the past year, Yahoo's Internet search partnership with Microsoft Corp. delivered disappointing returns. And the company's Internet ad prices in Europe decreased slightly as government debt woes in several countries on the continent undermined the economy.

Yahoo muddled through its latest quarter under two different CEOs, Scott Thompson and Ross Levinsohn. After Thompson stepped aside in mid-May amid an uproar over misleading information on his biography, Levinsohn began filling in as interim CEO.

Mayer's hiring marked the second time in less than a year that Yahoo has passed over Levinsohn as a candidate to become full-time CEO. He was also interested in the job after Yahoo fired Carol Bartz last September.

Some analysts are now worried Levinsohn will leave Yahoo, hurting the company's efforts to forge partnerships with other media outlets as it battles Internet search leader Google Inc. and online social networking leader Facebook Inc. for the attention of Web surfers and the marketing budgets of advertisers.

If they work together, Levinsohn and Mayer could complement each other's strengths. Levinsohn is seen as a media maven while Mayer specializes in product development and design.

"Our new CEO brings strong tech background, but we also have exceptional and deepening media expertise here as well, so we've got to combine them," Morse told analysts Tuesday. "It's a powerful combination when we get it right." Morse didn't mention Levinsohn in his remarks.

Yahoo earned $227 million for the three months ending in June. That was down 4 percent from net income of $237 million a year ago.

Earnings per share for the quarter remained level at 18 cents. The company spent $456 million buying back its stock, reducing its outstanding shares from last quarter.

Analysts polled by FactSet had projected earnings of 20 cents per share.

The numbers for the latest quarter were dragged down by a $136 million charge for employee layoffs and other cost-cutting measures. The company, which is based in Sunnyvale, Calif., trimmed 1,500 people from its payroll to end June with 12,500 employees.

Revenue for the period dipped 1 percent from last year to $1.22 billion.

Yahoo's biggest gains in the quarter flowed from its stakes in Yahoo Japan and China's Alibaba Group Ltd. Yahoo's earnings from those holdings and other investment totaled $180 million, a 65 percent increase from last year.

Yahoo has already agreed to sell half its 40 percent stake in Alibaba for about $7 billion. Morse said that deal is still on schedule to be completed late this year.