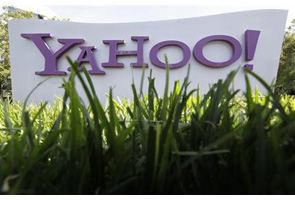 Yahoo said Wednesday it is expanding its original offerings, partnering with Liquid Comics to offer motion-comics.

Motion comics blend elements of comic book art and animation, offering some movement and action but on a limited scale. It's gained ground and popularity in recent years as publishers big and small experiment with the medium, which can viewed online or on devices like tablets and iPads.

"This is compelling content from great storytellers, and we are excited to be adding Liquid Comics to our robust slate of premium content partners," said Erin McPherson, vice president and head of video for Yahoo.

By partnering with Liquid Comics and focusing on animation, she said Yahoo is enhancing its premium original content.

Yahoo has been trying to boost the amount of original content on its site through partnerships with creators, and has recently announced tie-ups with CNBC and ABC News. It will debut the online movie "Cybergeddon," made by "CSI" creator Anthony Zuiker, this fall. Building premium, original content allows it to charge more for advertisements. Forming exclusive partnerships helps it reap more of the benefits.

The partnerships are an attempt to boost Yahoo's advertising revenue in the face of stiff competition from Facebook and Google. Yahoo's revenue rose in the first quarter by a measly 1 percent, far below the 23 percent gain for the overall Internet ad market in the U.S.

Sonnenfeld's offering is "Dinosaurs vs. Aliens." The director of the "Men In Black" films tells the story of aliens invading earth in prehistoric times only to face off against dinosaurs.

Ritchie, whose films include "Lock, Stock and Two Smoking Barrels" and the recent "Sherlock Holmes," will have his "Gamekeeper" transformed into a motion-comic written by Andy Diggle. It focuses on groundskeeper whose life is turned upside down by mercenaries.

Sharad Devarajan, CEO of Liquid Comics, said the titles, along with plans for more, will help expand the reach of graphic novels and comics.

"Yahoo's impressive global reach will greatly enhance Liquid's goal of pushing the boundaries of comic books through digital platforms and technology and enabling our creative partners to share their stories with audiences worldwide," he said.