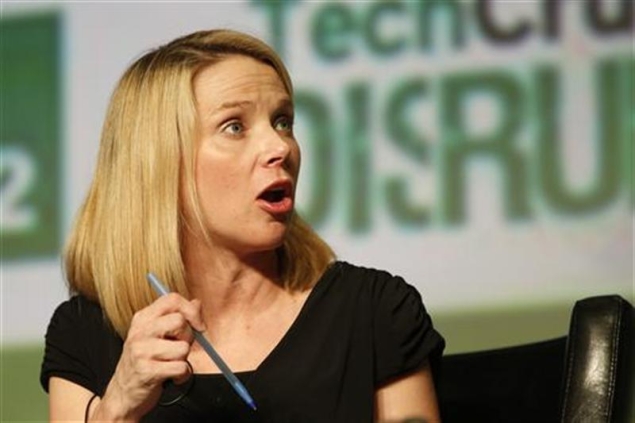 Since Marissa Mayer became chief executive of Yahoo, she has been working hard to get the Internet pioneer off its deathbed and make it an innovator once again.

She started with free food and new smartphones for every employee, borrowing from the playbook of Google, her employer until last year. Now, though, Yahoo has made a surprise move abolishing its work-at-home policy and ordering everyone to work in the office.

A memo explaining the policy change, from the company's human resources department, says face-to-face interaction among employees fosters a more collaborative culture - a hallmark of Google's approach to its business.

In trying to get back on track, Yahoo is taking on one of the country's biggest workplace issues whether the ability to work from home, and other flexible arrangements, leads to greater productivity or inhibits innovation and collaboration. Across the country, companies like Aetna, Booz Allen Hamilton and Zappos.com are confronting these trade-offs as they compete to attract and retain the best employees.

Bank of America, for example, which had a popular program for working remotely, decided late last year to require employees in certain roles to come back to the office.

Employees, especially younger ones, expect to be able to work remotely, analysts say. And over all the trend is toward greater workplace flexibility.

Still, said John Challenger, chief executive of Challenger Gray & Christmas, an outplacement and executive coaching firm, "A lot of companies are afraid to let their workers work from home some of the time or all of the time because they're afraid they'll lose control."

Reflecting these tensions, Yahoo's policy change has unleashed a storm of criticism from advocates for workplace flexibility who say it is a retrograde approach, particularly for those who care for young children or aging parents outside of work. Their dismay is heightened by the fact that they hoped Ms. Mayer, who became chief executive at 37 while pregnant with her first child, would make the business world more hospitable for working parents.

"The irony is that she has broken the glass ceiling, but seems unwilling for other women to lead a balanced life in which they care for their families and still concentrate on developing their skills and career," said Ruth Rosen, a professor emerita of women's history at the University of California.

But not only women take advantage of workplace flexibility policies. According to the Bureau of Labor Statistics, nearly as many men telecommute.

The bureau says 24 percent of employed Americans report working from home at least some hours each week. And 63 percent of employers said last year that they allowed employees to work remotely, up from 34 percent in 2005, according to a study by the Families and Work Institute, a nonprofit group studying the changing work force.

During the recession, the institute expected employers to demand more face time, but instead found that 12 percent increased workplace flexibility, said Ellen Galinsky, its president and co-founder. She attributed this to companies' desire to reduce real estate costs, carbon footprints and commuting times.

Technologies developed in Silicon Valley, from video chat to instant messaging, have made it possible for employees across America to work remotely. Yet like Yahoo, many tech companies believe that working in the same physical space drives innovation.

A Yahoo spokeswoman, Sara Gorman, declined to comment, saying only that the company did not publicly discuss internal matters.

The company's memo, written by Jackie Reses, director of human resources at Yahoo, and published on All Things D, a blog on digital issues, said: "Some of the best decisions and insights come from hallway and cafeteria discussions, meeting new people and impromptu team meetings. Speed and quality are often sacrificed when we work from home."

In part, the memo looks like an effort to bring a Google spirit to Yahoo, said Colin Gillis, an analyst at BGC Partners who covers both companies.

"Marissa's trying to increase the energy and output and change the culture of the company," he said. "She brings all the Google lessons to the table, and Google is very focused on having your life revolve around their campus so you can spend a significantly larger chunk of time at work."

Still, Google, as well as Facebook, does allow people to work remotely on a case-by-case basis. But both companies also strongly stress in-person collaboration.

Standard Silicon Valley perks like cafeterias with free food, shuttle buses, gyms, ice cream parlors and dry cleaners not only make employees' lives easier, but keep them on campus during the day and promote contact with other employees. Nearly all tech companies have desks packed tightly together without walls and communal work areas with sofas and beanbags.

Zappos, the e-commerce company owned by Amazon.com, previously allowed some customer service agents to work from home, but now has a rule against working remotely. The company locks all office doors except one so employees are forced to run into more people on the way out, and budgets fewer than 100 square feet per employee, versus the standard 120 square feet or more.

"It's to maximize those serendipitous encounters," said Zach Ware, who oversees campus development at the company. "The success of our company is built on our culture, and our perspective is you can't really do that on e-mail."

Some companies outside the tech industry are also re-evaluating flexible work arrangements. In addition to Bank of America, certain industries that deal with sensitive client information, like health care and finance, have more restrictions on working remotely.

Yet more companies embrace flexibility. At Aetna, 47 percent of workers telecommute, up from 9 percent in 2005. The company provides secure Internet and phone connections, locked file cabinets and shredders. During that period, the policy has saved the company $78 million in real estate costs, said Susan Millerick, an Aetna spokeswoman.

At Booz Allen, employees can work at home or sign up to work at a desk in another branch, called "hoteling." The policy has been vital to employee retention, said Christopher Carlson, a senior associate in human resources at Booz Allen. He works from his home in Florida, where he moved from the Washington, D.C., region to care for his aging parents.

"It allows me to integrate my work and life and be successful at both," Mr. Carlson said. "And I spend less money on gas."