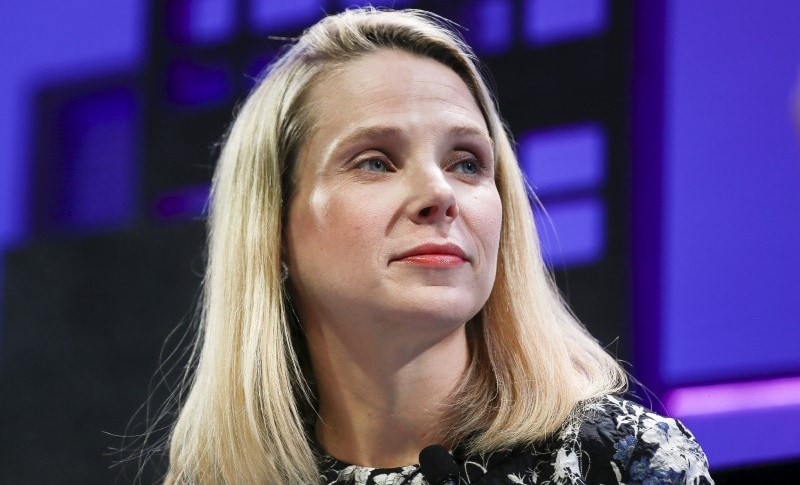 As Yahoo nears its much-delayed vote on June 8 over the sale of its Internet business to Verizon, the company released its definitive proxy statement Monday, which spelled out the deal for shareholders. But the filing also served as an eye-popping reminder of the hefty stock compensation its CEO, Marissa Mayer, has amassed during her tumultuous tenure at the faded Internet pioneer.

The number was made even more substantial by its release on the date Yahoo's stock closed near its 52-week high. As the New York Times and others reported, Mayer's Yahoo shares, stock options and restricted stock units were worth $186 million (roughly Rs. 1,191 crores) as of Monday, according to data in the filing and based on Yahoo's Monday closing price of $48.15 a share, well higher than the five-day average following the deal's announcement last summer the company used in its calculation.

Yet while there is little question Mayer's equity compensation at Yahoo has been hefty, particularly given her unsuccessful efforts to turn around the struggling Internet giant, characterizing the $186 million as special terms Mayer is getting as a result of the sale is not correct, said John Roe, head of ISS Analytics, part of influential proxy adviser Institutional Shareholder Services. Such numbers have also been tallied before, putting her total in cash and equity compensation during her tenure north of $200 million. (The $186 million tally does not include salary and bonuses she has received, or stock she has sold.)

"She is walking away with a tremendous sum," Roe said in an interview. "But the sum is tremendous not because of a sweetheart arrangement in the transaction, but because of the value the counterparty is willing to pay for Yahoo." Since Mayer took over Yahoo in 2012, shares in the company have risen 208 percent, thanks in large part to an increase in the value of its investments in Asia rather than the performance of the company's core business. And since Verizon announced its deal last July, shares have risen some 25 percent.

Yahoo Shows Some Progress in Last Stretch as Stand-Alone Company

Just $25 million - if one can put "just" in front of a number of that size - is part of the "golden parachute" terms that would accelerate Mayer's restricted stock units in the event of a sale and her departure from the company. (Roe notes the number of those units will go down slightly each month as more vest; all numbers are based on the closing value of Monday's share price, at $48.15.) Mayer is also in line to receive about $3 million in cash payments and benefits if she leaves the company under the terms of the agreements.

Whether that will happen after the deal goes through is not clear. The company has announced a new CEO for the remaining portion of Yahoo that will not be sold to Verizon. And though reports have pointed to her exit, Mayer has said only that "for me personally, I'm planning to stay. I love Yahoo, and I believe in all of you. It's important to me to see Yahoo into its next chapter." A Yahoo spokesman declined to comment further on the company's leadership or Mayer's compensation, beyond the numbers in the proxy.

Still, $186 million is a big number by any measure, however much Mayer may already be vested. Yet it could have been even larger: In March, the company said it would not award Mayer her cash bonus for 2016 and accepted her offer to forgo her annual equity award, a punishment for her team's handling of epic data breaches in 2014 the board said members of the executive team and legal and IT staff "did not properly comprehend or investigate, and therefore failed to act sufficiently upon." Mayer's pay cut was expected to be at least $12 million.