Wordle: The Party Game Set to Release as Multiplayer Board Game on October 1 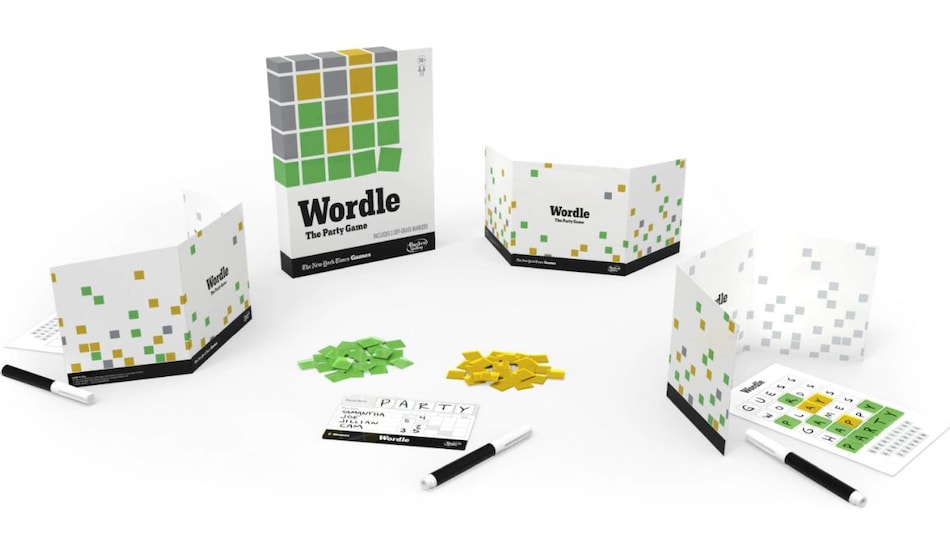 Wordle: The Party Game, a multiplayer board game version of the popular word guessing game will be released on October 1. The game, which is typically played solo on a smartphone screen, will be turned into a group activity. The New York Times, which acquired Wordle earlier this year is joining hands with American toy company Hasbro to release Wordle: The Party Game. Earlier this week, the publisher announced that Wordle will soon add an option to link Wordle stats to a user's NYT account.

According to a report by CNN, Wordle: The Party Game — the multiplayer board game based on Wordle — will be released in partnership with Hasbro in North America on October 1. The game can be pre-ordered for $19.99 (roughly Rs. 1,600). The New York Times bought Wordle earlier this year for an "undisclosed price in the low seven figures." — which means it costs more than $1 million (roughly 8 crore).

Wordle was created by engineer Josh Wardle and the game consists of guessing one five-letter word per day in six attempts. The popular word guessing game, which was launched in October 2021, had only 90 players by early November. It exploded in popularity this year, played by millions around the world.

"The game has done what so few games have done - it has captured our collective imagination and brought us all a little closer together," said Jonathan Knight, general manager of The New York Times Games, in a statement during the purchase.

The New York Times had also recently revealed that it would resolve the most common concern of players losing their streaks when switching devices. To resolve this, Wordle will soon have the option to link Wordle stats to the user's NYT account. This will save the stats and a player's streak across all devices where users play Wordle. However, the publisher has not stated any specific date for the arrival of the sync option.