With Fantastic Beasts and Where to Find Them, Harry Potter Magic Comes to Amazon.com 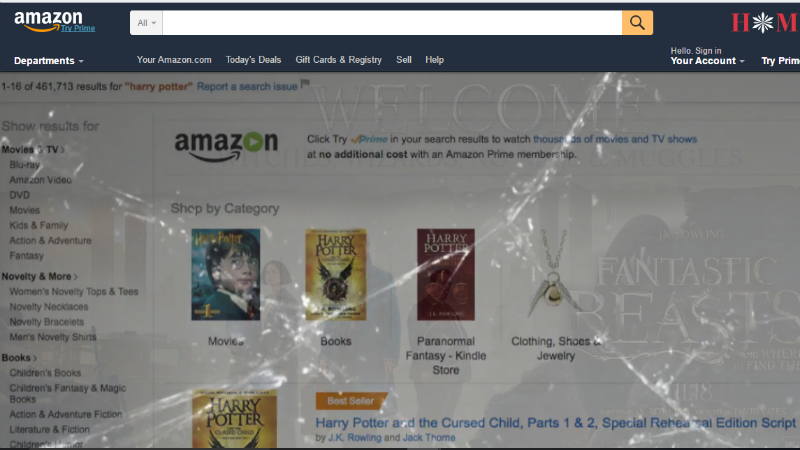 The Fantastic Beasts and Where to Find Them buzz machine continues to churn out ideas to bring the magic of the Harry Potter fictional universe to the real world. After tying up with Google to get Harry Potter spells to Android smartphones and important locations of the upcoming films to Street View, the Warner Bros. team has partnered with Amazon.com to offer a similar experience while shopping.

You can try out Harry Potter spells using the Amazon.com search bar. Just type in Lumos in the search bar and your screen will go dark, with a small pinprick of light getting bigger, which eventually gives way to a promotion of Fantastic Beasts and Where to Find Them, complete with the film's trailer.

Typing in Reducto will show glass crack on the screen, while Incendio and Aguamenti spells will be followed by a flaming fire and splash of water across the screen, respectively. The Orchideous spell will result in flowers blooming on the screen.

But sadly for all you Muggles in India, the feature is not available on Amazon.in yet - though navigating to Amazon.com is not so hard.

Further reading: fantastic beasts and where to find them, Amazon, Amazon.com, Harry Potter