Google featured an animated hedgehog in the snow on its website to mark the beginning of the winter season. 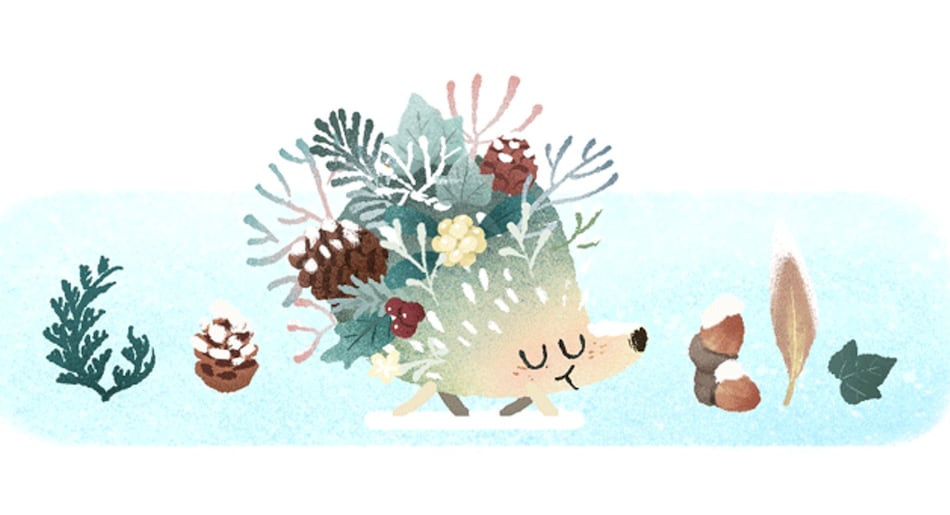 Winter has formally begun, and Google is celebrating the change taking place in India and around the world with an animated doodle. The new doodle is appearing on Google Search to welcome cold waves that have already swept various parts around the globe. In the Northern Hemisphere, Tuesday, December 21 is also known as the Winter Solstice — the day when the daylight appears for the shortest period and the night is the longest one. It is also called the Longest Night of the year.

Google has featured an animated hedgehog in the snow on its website to mark the beginning of the winter season across the world. Clicking on the doddle brings users to search results around the season.

As per Google's Doodles site, the Winter 2021 Google doodle is live around various parts of the world, including India, Canada, Russia, the US, and the UK.

As the Earth tilts on its axis, many across the Southern Hemisphere prepare to chill out for the next few months ❄️

In addition to the beginning of winters, the Winter Solstice is taking place on Tuesday. It is the moment when the Sun is at its lowest daily maximum elevation in the sky that results in the shortest daylight and longest night of the year in the north of the equator. The day when the moment occurs is called winter solstice or hiemal solstice. It also astronomically marks the beginning of winter and end of fall in the western part of the world.

In many cultures around the world, the Winter Solstice has been considered as a special day and a significant time of the year. It is also considered as the beginning of the winter season in the Northern Hemisphere.