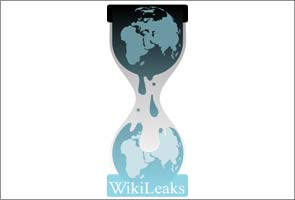 A US military judge has ordered prosecutors to show they are not withholding evidence from WikiLeaks suspect Bradley Manning after defense lawyers accused them of hiding documents that could potentially help their client's case.

The ruling was a victory for Manning, whose defense team has argued for months that prosecutors are dragging their feet on requests for government files that could prove crucial in the trial of the Army private.

Manning, 24, accused of handing over a massive trove of classified documents to the WikiLeaks website, smiled at his attorneys after the judge read out her decision at a pre-trial hearing at Fort Meade, northeast of Washington.

Judge Denise Lind ruled that prosecutors would have to turn over reports from the CIA, the FBI, the State Department and the Office of the National Counterintelligence Executive that assessed the impact of the leaks.

Manning's lawyers believe the assessments will show the disclosures had no major effect on the country's national security and did not "aid the enemy" as the government alleges.

But the judge ruled against a request for documents related to WikiLeaks from the House Committee on Oversight and Government Reform, saying it was not relevant to the case.

Under Lind's decision, the prosecution will have to give a detailed account showing it met legal obligations to share all pertinent evidence with the defense.

In a statement of "due diligence," the prosecutors would have to show when they obtained documents, why they were not shared with the defense and to what extent they had queried dozens of agencies about relevant papers, she said.

The judge imposed a deadline of July 25 on prosecutors but indicated she would be willing to give them more time if necessary.

Manning's civilian attorney, David Coombs, had asked the judge to suspend the proceedings while the prosecutors prepared their "due diligence" statement, but that request was not granted.

Lind did leave open the possibility that the defense could ask for time to review any new evidence that emerges.

Coombs had argued earlier Monday that government prosecutors had displayed a "pattern" of obstruction on document requests that "should cause alarm to the court."

The government's explanation for why some files were unavailable "defies logic" and violated the bedrock legal principle that a defendant must have access to the same evidence as his accusers, Coombs said.

"This is not the way the discovery process works," he added.

Prosecutor Major Ashden Fein denied the government was sitting on evidence that could help Manning and said "the defense is disregarding the complexity of this case," which involves hundreds of thousands of documents.

Manning supporters who attended the hearing at Fort Meade, northeast of Washington, welcomed the decision.

"It's definitely heartening that David Coombs's arguments are resonating with the judge," said Zach Pesavento, a spokesman for the Bradley Manning support network.

"It appears they (prosecutors) may have been essentially lying to the court," about the availability of some documents requested by the defense, he said.

"We believe that truth is ultimately on Bradley's side," he added.

Manning has been condemned as a traitor for his alleged role in the worst ever breach of US intelligence, which embarrassed Washington and dismayed US allies.

But his supporters view him as a political prisoner and say WikiLeaks has blown the whistle on government wrongdoing and excessive secrecy.

Manning could spend the rest of his life in prison if convicted of aiding the Al-Qaeda terror network by leaking the documents. He has not yet entered a plea.

Among those watching the proceedings were lawyers for WikiLeaks founder Julian Assange, who faces his own legal drama.

Assange walked into the Ecuador embassy in London last week seeking political asylum in a bid to avoid extradition to Sweden, where he faces questioning on sex crime allegations.

Assange fears that once in Sweden he could be whisked away to the United States, where he believes he will face potential charges.