Watch Olympics live on YouTube in India, 63 other countries 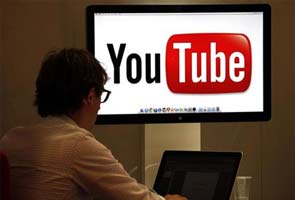 The International Olympic Committee (IOC) announced on Wednesday that it shall stream the 2012 London Olympics live on its Youtube channel in over 64 countries including India.

According to Timo Lumme, managing director of IOC Television and Marketing, the IOC first provided clips on their Youtube channel during the Beijing 2008 Olympic Games across the region and since then has continued to provide footage of past Olympic Games across the world. Now, they appear to be taking a major leap forward with the broadcast of live events from the London Games.

In a move that could potentially revolutionise Internet streaming in the field of sports, Youtube will provide exclusive Games coverage on behalf of the IOC in countries where the IOC's broadcast partners were unable to acquire digital content rights. These territories include India, with non-exclusive coverage available in a number of African nations (full list of countries below). In addition to online streaming, IOC's Youtube channel shall consequently be available on smartphones and other Youtube-enabled devices.

Consisting of 10 simultaneous broadcasts with English commentary, live feeds shall generally operate between 9am and 11pm London time, or change accordingly with the competition schedule. In addition to this, a 24-hour Olympic News Channel broadcast will cover daily events, updates on the latest results, and also feature interviews with different athletes. Also displaying historic content from previous Olympic Games, the channel will offer a total of over 2,200 hours of Olympic coverage for fans to relish.

Watching the Games will certainly be made a lot easier, and with high-definition streaming, it means quality will not be compromised.

ESPN STAR Sports grabbed broadcasting rights for the 2012 London Olympic Games across the Indian subcontinent. But for those in the country who don't have direct access to their channels, especially via cable television, the IOC Youtube channel is a blessing.