Warren Buffett Is Apple's Third-Largest Shareholder, and He Wants to Own More 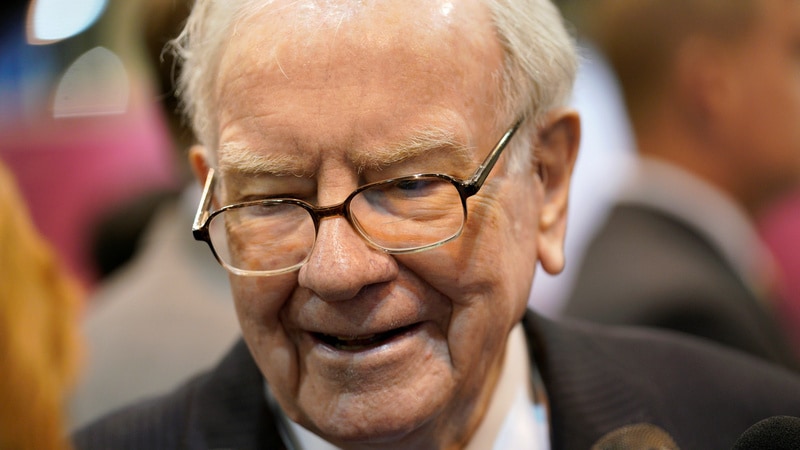 Warren Buffett said he would be happy if his conglomerate Berkshire Hathaway owned more than 5 percent of Apple's stock, including if the iPhone maker bought back more of its shares.

Buffett made his assessment before tens of thousands of Berkshire shareholders attending the conglomerate's annual meeting on Saturday in Omaha, Nebraska.

It came two days after Buffett revealed having bought 75 million additional Apple shares, and four days after Apple said it may buy back $100 billion (roughly Rs. 6.7 lakh crores) of stock.

"I love the idea of having our 5 percent, or whatever it is, maybe grow to 6 or 7 percent without our laying out a dime. But you have to have a very, very special product, which has an enormously widespread ecosystem, and the product is extremely sticky."

While Buffett "very much" approves of Apple repurchasing shares, he and Munger expressed scepticism that Apple could find meaningful acquisitions on which to spend cash.

"The reason companies are buying their stocks is that they are smart enough to know it's better for them than anything else," Munger said. He said he and Buffett do not approve of all repurchase strategies.

Buffett's initial commitment to Apple surprised many given his usual aversion to companies in the technology sector, but the billionaire views Apple more as a consumer products company.

Even after the Apple investment, Berkshire's holdings of cash and equivalents was $108.6 billion (roughly Rs. 7.25 lakh crores), the company has said. Buffett made his comments in response to a shareholder question posted by CNBC journalist Andrew Ross Sorkin.

"$100 billion is a lot of money," the question concluded.

"I used to think so," Buffett joked, prompting laughter and applause.