Walmart's US comparable store sales rose 6.5 percent from a year ago. It expects the pace to slow to about three percent growth in the second half of 2022. 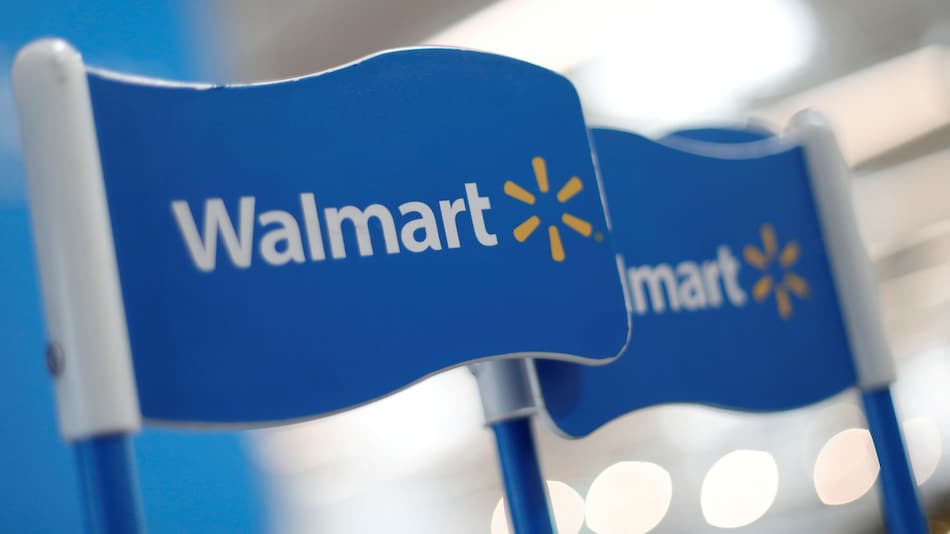 Walmart scored a big jump in revenues partly driven by inflation but the retail giant faces increasing evidence of shifting consumer behavior due to rising prices, according to quarterly results released Tuesday. The big-box retailer, which stunned Wall Street three weeks ago by cutting its profit forecast, ended up reporting better-than-expected results for the latest three months, following a late-July improvement in business.

The chain even tweaked its latest profit forecast in a positive way as ebbing gasoline prices and a rise in back-to-school shopping boosted activity.

The news sent shares higher, however, executives continued to signal they expect the headwinds facing customers to persist.

"I think this inflationary environment is going to last for a while," Chief Executive Doug McMillon said on a conference call with analysts. "So people are going to be value conscious, which plays to our strength."

Profits jumped 20.4 percent to $5.1 billion (roughly Rs. 40,400 crore), though some of the increase was connected to the accounting for an asset sale in Brazil.

Walmart's US comparable store sales rose 6.5 percent from a year ago, but the company expects the pace to slow to about three percent growth in the second half of 2022.

Higher gasoline prices, along with elevated costs for grocery staples have prompted more consumers to "trade down" to lower-priced goods.

An example has been in a shift from deli meats at higher prices to purchases of hot dogs, and canned tuna and chicken, said Chief Financial Officer John Rainey.

In general, as consumers have to spend more on groceries, demand has fallen for apparel, electronics, and home products, leading to more promotions in these areas.

Rainey said the company also had to cancel "billions of dollar" in orders to address inventory gluts.

"The swings we've seen in consumer behavior through the pandemic shifting from in-store to online, along with big swings in the purchase of goods versus services and then the reversion back to pre-pandemic norms have been sharp and difficult to predict," Rainey said.

"These trends have been exacerbated by inflationary pressure on the consumer that many of us have not experienced in our lifetime."

The company now projects its full-year adjusted profit will decline nine to 11 percent. That is still worse than the May outlook but, a smaller drop than the 11 to 13 percent plunge expected three weeks ago.

Neil Saunders of GlobalData Retail said Walmart's results demonstrate the advantages of its position at a time when consumers are worried about higher prices, but the company also faces challenges.

"Walmart is fighting a battle on two fronts," Saunders said in an analysis. "One is to retain its position as a price leader and grow its food business. Here, we are optimistic about its prospects.

"The other is to punch out better operating profit numbers. This will be more challenging as the business is facing higher costs and unfavorable sales mix trends."

Walmart is trying to boost its non-retail business, most recently unveiling a venture with the Paramount+ streaming service, which will be included in the company's Walmart+ subscription program.

The new benefit will launch in September, according to a joint news release announcing the venture.