US Slaps Sanctions on North Korea After Sony Hack 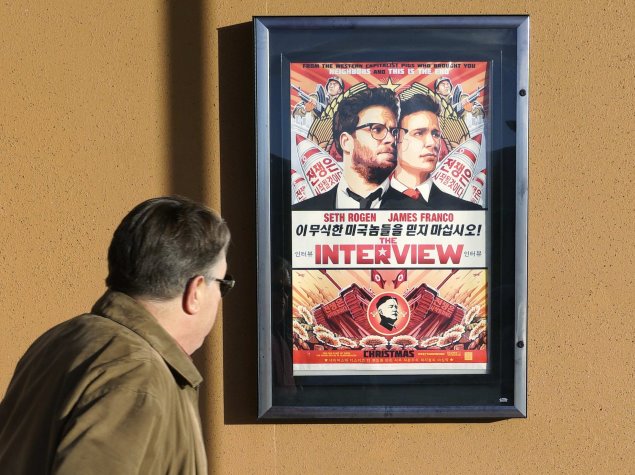 Opening a new front in its cyber spat with North Korea, the United States slapped new sanctions Friday on government officials and the North's defense industry in its first public act of retribution for a cyber-attack against Sony. Despite lingering doubts by the cyber community, the U.S. insisted that North Korea was to blame.

The White House warned that this was just the opening salvo in the U.S. response.

While the fresh sanctions will have limited effect - North Korea already is under tough U.S. sanctions over its nuclear program - American officials portrayed the move as a swift and decisive response to North Korean behavior they said had gone far over the line. Never before has the U.S. imposed sanctions on another nation in direct retaliation for a cyber-attack on an American company.

"The order is not targeted at the people of North Korea, but rather is aimed at the government of North Korea and its activities that threaten the United States and others," President Barack Obama wrote in a letter to House and Senate leaders.

With this round of sanctions, the U.S. also put North Korea on notice that payback need not be limited to those who perpetrated the attack.

The 10 North Koreans singled out for sanctions didn't necessarily have anything to do with the attack on Sony, senior U.S. officials said. Anyone who works for or helps North Korea's government is now fair game, said the officials - especially North Korea's defense sector and spying operations.

The sanctions also apply to three organizations closely tied to North Korea's government: the country's primary intelligence agency, a state-owned arms dealer that exports missile and weapons technology, and the Korea Tangun Trading Corp., which supports defense research. All three of those entities were already subject to U.S. sanctions, so Friday's move against those groups appeared primarily symbolic.

Obama has also warned Pyongyang that the U.S. is considering whether to put North Korea back on its list of state sponsors of terrorism, which could jeopardize aid to North Korea on a global scale. Beyond that, it's unclear what additional penalties the U.S. has in its arsenal.

North Korea has denied involvement in the cyber-attack, which led to the disclosure of tens of thousands of confidential Sony emails and business files, then escalated to threats of terrorist attacks against movie theaters. Many cyber-security experts have said it's entirely possible that hackers or even Sony insiders could be the culprits, not North Korea, and questioned how the FBI can point the finger so conclusively.

Senior U.S. officials, who briefed reporters on condition of anonymity, dismissed those arguments and said independent experts don't have access to the same classified information as the FBI.

"We stand firmly behind our call that the DPRK was behind the attacks on Sony," one official said, using an acronym for the North's official name, the Democratic People's Republic of Korea.

Those sanctioned include North Koreans representing the country's interests in Iran, Russia and Syria. Any assets they have in the U.S. will be frozen, and they'll be barred from using the U.S. financial system. Americans will be prohibited from doing business with them, the Treasury Department said.

At the United Nations, no one answered the phone at North Korea's U.N. Mission, and calls to a diplomat there were not answered. Sony, too, declined to comment.

(Also See: The Interview Lands on Pay TV and in 580 Theatres)

While denying any role in a cyber-attack, North Korea has expressed fury over the Sony comedy flick "The Interview," which depicts the fictional assassination of North Korean leader Kim Jong Un. Sony initially called off the film's release after movie theaters decided not to show the film. After President Barack Obama criticized that decision, Sony decided to release the film in limited theaters and online.

The White House called the sanctions "the first aspect of our response" to the Sony attack - a declaration that raised fresh questions about who was behind a nearly 10-hour shutdown of North Korean websites last week.

Despite widespread speculation, the U.S. never said whether it was responsible for shutting down North Korea's Internet. But North Korea had a blunt response. Its powerful National Defense Commission blamed the outage directly on the U.S. and hurled racial slurs at Obama, calling him a reckless "monkey in a tropical forest."

On Friday, U.S. officials still wouldn't say who was responsible. Yet they pointed out that there had been media reports suggesting North Korea shut down its own Internet.

North Korea and the U.S. remain technically in a state of war because the 1950-53 Korean War ended with an armistice, not a peace treaty. The rivals also are locked in an international standoff over North Korea's nuclear and missile programs and its alleged human rights abuses.