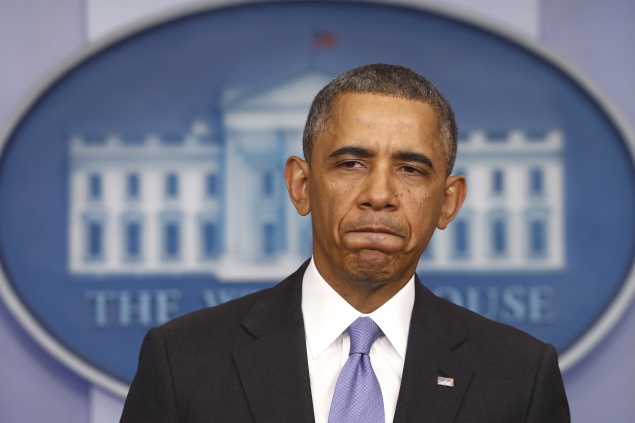 The US government announced Wednesday small businesses will have to wait until next year to buy health coverage through an online marketplace, yet another setback for Barack Obama's signature health care reform.

In an online posting, Health and Human Services said the online "marketplaces" created as part of the reform to help small businesses compare plans, take advantage of tax breaks, and find the best rates will not be available until November 2014, "for coverage taking effect on or after January 1, 2015."

The health care reform package, dubbed "Obamacare," a major campaign promise from Obama that was made law in March 2010, requires companies with more than 50 employees to offer health insurance for their employees.

Companies with fewer than 50 full-time employees are encouraged, but not required, to offer health plans, in part through these "marketplaces" in each state, accessible by website.

Although the websites will be delayed, companies will still be able to buy insurance through brokers, as has been the practice in the past.

But it is yet another setback for the Obama administration, which has made a number of concessions in recent weeks after a rocky rollout of several of the law's most sweeping changes.

On November 14, Obama agreed to change the law to try to help Americans whose insurance plans were cancelled because they did not meet the more stringent requirements under the new reforms.

And the main website, Healthcare.gov, through which millions of Americans are expected to sign up for insurance or pay a tax penalty, has had serious problems since its October 1 launch.

The administration has promised to work to improve the site, setting a self-imposed deadline of November 30, which is Saturday.

But in a sign the administration is not yet confident in the website, the White House is working to avoid a massive influx of visitors that might crash the site again, according to the New York Times.

Citing anonymous administration officials, the newspaper said the site was capable of handling traffic from 50,000 visitors at a time, but officials fear the number of people trying to sign up for coverage simultaneously could be five times that.

They are cancelling a marketing push and urging allies not to drive too much traffic to the site.

House of Representatives Speaker John Boehner, a Republican and a staunch opponent of "Obamacare," spoke out against the latest setback, which he said will force small business owners to "resort to a system you'd expect to see in the 1950s."

"It's another broken promise and more proof this administration's assurances have no credibility. This law has been an absolute disaster," he said in the emailed statement.