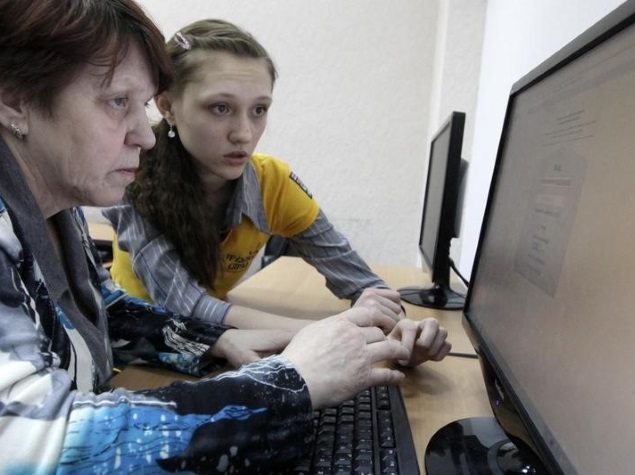 Some 15 percent of American adults are not using the Internet a figure which has not changed over the past two years, researchers said Tuesday.

The findings in the Pew Research Center survey suggest it may be difficult to get the remaining non-Internet adopters online.

"The size of this group (of non-Internet users) has changed little over the past three years, despite recent government and social service programs to encourage Internet adoption," the Pew researchers said.

"But that 15 percent figure is substantially lower than in 2000, when Pew Research first began to study the social impact of technology. That year, nearly half (48 percent) of American adults did not use the Internet."

Demographics were a major factor: among people over 65, some 39 percent were not using the Internet, Pew found. And 24 percent of those in rural areas did not go online.

Low-income people were also less likely to use the Internet: one out of four with incomes under $30,000 (roughly Rs. 19,16,560) reported being unconnected.

And one-third of those with less than a high school education also reported they did not use the Web.

"Despite some groups having persistently lower rates of Internet adoption, the vast majority of Americans are online," the Pew report said.

"Over time, the offline population has been shrinking, and for some groups that change has been especially dramatic. For example, 86 percent of adults 65 and older did not go online in 2000; today that figure has been cut in half. And among those without a high school diploma, the share not using the Internet dropped from 81 percent to 33 percent in the same time period."

In its 2013 survey, Pew reported that most of those who were not using the Internet had little interest in doing so. Some said they were too old, that the technology was too complicated or that it was too expensive to get online.

The latest report is based on three surveys conducted in 2015 of a total of 5,005 US adults, with a margin of error estimated at 1.6 percentage points. Since 2000, Pew has conducted 98 surveys on the topic.