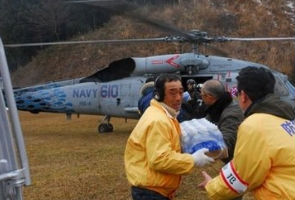 Highlights
The US military has banned access to popular commercial websites on its computer network to free up bandwidth for relief efforts in Japan, officials said on Wednesday.

The "partial ban" applied to 13 sites including YouTube, eBay, Amazon, MTV and ESPN, but not Facebook, US Cyber Command officers said.

The move was taken as a precaution "in response to the needs of the military in a time of extreme demand on all circuits and networks in a region of the world that has been devastated by geological activity," it said.

The step was requested by US Pacific Command, which is overseeing the disaster relief efforts.

The US military has ordered 15 naval ships to Japanese waters in a massive aid operation after Japan's deadly quake and tsunami, amid fears of an atomic meltdown after damage to the Fukushima power plant.
Comments