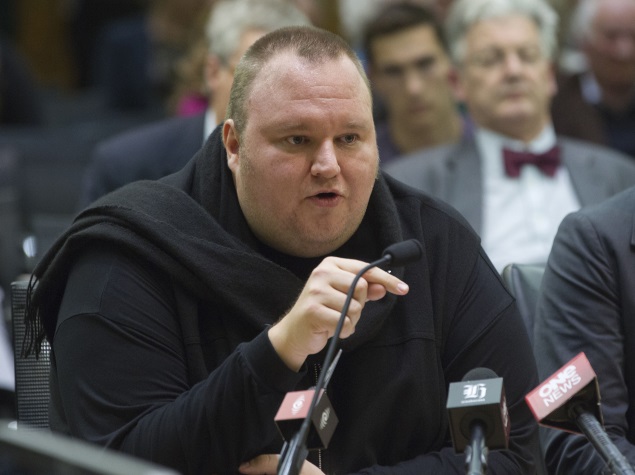 US authorities have lost a motion to have cyber-fugitive Kim Dotcom remanded in custody in New Zealand before his extradition hearing to face Internet piracy charges in the United States.

An Auckland court on Monday rejected allegations that Dotcom, the founder of the Megaupload online file storage site, was a flight risk and had broken the terms of his bail conditions imposed after flamboyant Internet entrepreneur was arrested by US and New Zealand authorities in early 2012.

While Dotcom, a German national and New Zealand resident, was free to return to his sprawling mansion in Auckland, his bail conditions were tightened to prevent him from travelling by helicopter and require him to report to police twice a week.

"I have been probably the most compliant and exemplary (bail) candidate," Dotcom told reporters outside the court, while adding that he was surprised that his bail conditions had been tightened.

Dotcom, who also goes by the name of Kim Schmitz, is accused of massive copyright infringement related to the Megaupload file sharing site he founded in 2005. He faces an extradition hearing in mid-2015.

Set up in 2005, Megaupload accounted for around 4 percent of total traffic on the Internet in its heyday as users stored and shared files containing everything from wedding videos to Hollywood films.