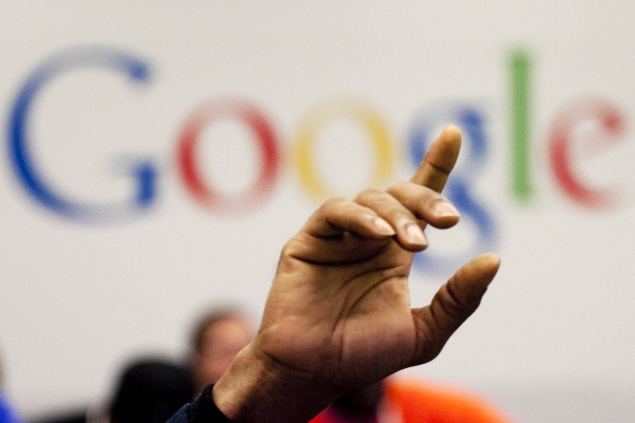 In a major victory for Google Inc, U.S. regulators on Thursday ended their investigation into the giant Internet company and concluded that it had not manipulated its Web search results to hurt rivals.

The Federal Trade Commission did, however, win promises from Google that it would end the practice of "scraping" reviews and other data from rivals' websites for its own products, and to allow advertisers to export data to independently evaluate advertising campaigns.

Google also agreed to no longer request sales bans when suing companies which infringe on patents that are essential to ensuring interoperability, also known as standard essential patents, the FTC said on Thursday.

Microsoft Corp and other Google competitors have pressed the FTC to bring a broad antitrust case against Google similar to the sweeping Justice Department litigation against Microsoft in the 1990s.

Meanwhile smaller Internet companies such as Nextag have complained about Google tweaking its Web search results to give prominence to its own products, pushing down competitors' rankings and making them more difficult for customers to find.

At a press conference, FTC Chairman Jon Leibowitz anticipated criticism of the agency's decision to not further pursue Google on the so-called subject of search bias.

"Even though people would like us to bring a big search bias case, the facts aren't there," he said.

"The changes Google have agreed to make ensure that consumers continue to reap the benefits of competition in the online marketplace and in the market for innovative wireless devices they enjoy," said Leibowitz.

The commission voted 4 to 1 to settle the patent investigation into Google's injunction requests. It voted 5 to 0 to end the probe of Google's search practices.

The news had little impact on Google shares, which closed up 42 cents at $723.67, as most investors had expected the FTC probe to conclude without inflicting major damage.

"I never saw any real likelihood that the feds were going to insert themselves between one of the most popular brands in the world and the constituency that adores it," said Whit Andrews, an analyst for Gartner Inc.

Rivals disappointed
Yelp, which operates the social networking/user review website yelp.com, had complained about scraped reviews, and said it was disappointed with the result of the FTC probe.

"The closure of the commission's investigation into search bias by Google without action represents a missed opportunity to protect innovation in the Internet economy," wrote Yelp spokesman Vince Sollitto in an email. "We look for the regulatory bodies continuing their investigation to have greater success."

Microsoft had no immediate comment, but Dave Heiner, its deputy general counsel, complained in a blog post on Wednesday about "Google's misconduct," specifically blocking a fully featured YouTube, which Google owns, from the Windows Phone.

Gary Reback, who represents a group of Google's critics including Nextag, said he thought the investigation was inadequate since the FTC failed to respond to his clients' assertions that they had been hurt by Google and asked few questions in its civil subpoenas.

"They talked about how thorough and exhaustive the investigation was but that's really rubbish," said Reback, who is with the law firm Carr & Ferrell LLP and is best known for his work against Microsoft in the 1990s. "I've never seen anything as shallow and incomplete as this was."

Microsoft was embroiled in antitrust probes and litigation from 1990 when the FTC began an investigation until 2011, when the final consent decree finally expired.

Leibowitz defended the commission's investigation into Google, saying the agency had scoured through some 9 million pages of documents and taken sworn testimony from key Google executives. "This was an incredibly thorough and careful investigation by the commission, and the outcome is a strong and enforceable set of agreements," he said.

Google's David Drummond, the company's chief legal officer, said the FTC announcement on Thursday meant that "Google's services are good for users and good for competition."

Thomas Rosch, who is leaving the commission this month, suggested the investigation fell short.

"After promising an elephant more than a year ago, the commission instead has brought forth a couple of mice," said Rosch, a Republican.

The FTC broke with its usual practice of requiring a consent decree to settle an investigation. Instead it allowed Google to write a letter pledging to implement the agreed-upon changes in the search portion of the probe.

That prompted some sharp questions about whether Google would live up to its pact.

"I have no reason to think that Google won't honor their commitment; I think they will," said Leibowitz, noting financial penalties if Google failed to do so.

One Google competitor seemed to think the FTC agreement with Google would be a small boon to competitors.

"The concessions that the FTC extracted on review scraping, patents, and data are real, but not game changers by any means," said Oren Etzioni, co-founder of Decide.com, a product website that advises shoppers when prices may change or new versions of gadgets may come out.

Some of Google's critics, anticipating a weak conclusion to the FTC's investigation, said in December that they may be ready to take their grievances to the Justice Department.

The European Union, based in Brussels, is conducting a parallel probe of Google. It announced on December 18 that it was giving the company a month to come up with proposals to resolve its probe.

The European Commission has been examining informal settlement proposals from Google since July but has not sought feedback from the complainants, suggesting it is not convinced by what Google has put on the table so far.

Google is also being looked at by a group of state attorneys general, led by Texas.

In August, Google was forced to pay $22.5 million to settle charges it bypassed the privacy settings of customers using Apple Inc's Safari browser. The practice was in violation of a 2011 consent decree with the FTC over a botched rollout of the now defunct social network Buzz.