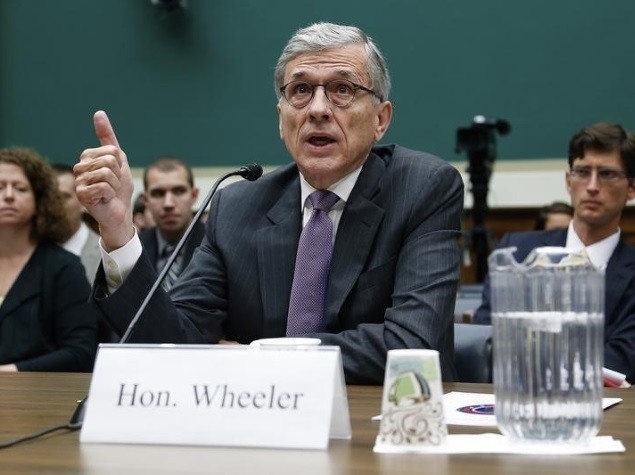 The top U.S. communications regulator on Wednesday touted a "just and reasonable" standard for policing Internet traffic in remarks seen as the strongest indication yet that he plans to follow President Barack Obama's lead on "net neutrality."

The remarks by Federal Communications Commission Chairman Tom Wheeler at a trade show in Las Vegas appeared to show he was leaning toward regulating Internet service providers more strictly under Title II of the U.S. communications law, as Obama has suggested.

"Last summer, we began investigating various approaches using Title II as a way to get to a just and reasonable (standard) because it has the best protections," Wheeler said at the Consumer Electronics Show (CES).

"There was an effort made to say that Wheeler and the president were pulling in opposite directions on this, which made for good headlines, but wasn't exactly the reality. We're both pulling in the same direction which is no blocking, no throttling of applications ... and transparency on how do we get there."The FCC has been working for nearly a year on new rules that guide how ISPs manage Web traffic on their networks and Wheeler said he will share his latest proposal on February 5 and hold the vote on final regulations on February 26.

"I am pleased to hear that Chairman Wheeler is being guided by Title II on the FCC's path toward new open Internet rules," Senator Edward Markey, a Massachusetts Democrat, said in a statement.

"The Commission must act quickly to ensure the Internet remains free and open for commerce and communications for future generations."