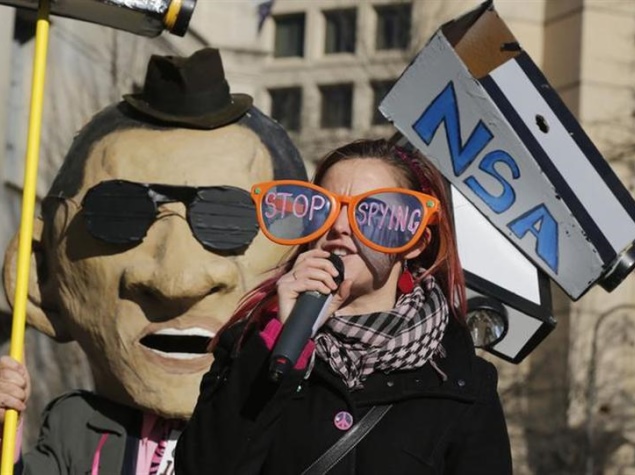 A U.S. appeals court is set to hear arguments on Wednesday on whether the Federal Bureau of Investigation can force Internet and telecommunications firms to turn over customer records without revealing the government's demands.

A lower court judge in San Francisco previously ruled such gag orders were unconstitutional in a lawsuit filed by an undisclosed telecom company. The government's appeal of that decision will be heard by the 9th U.S. Circuit Court of Appeals.

Twitter, for instance, sued the U.S. Department of Justice on Tuesday following months of fruitless negotiations over how much information the company could disclose about government surveillance.

In the case at the 9th Circuit, the plaintiff telecom company says the FBI's gag orders surrounding so-called "national security letters" represent an "unprecedented grant of authority" and violate the First Amendment.

The government, meanwhile, calls such secrecy "vital" in national security cases because public disclosure could interfere with the probe or endanger someone's physical safety.

Tech companies including Google Inc, Microsoft Corp and Facebook Inc filed legal arguments against the government in the case.

The government may not "foist a gag order upon the involuntary recipient of an NSL," the companies wrote, "let alone prohibit the recipient from even reporting periodically the aggregate number of such demands that it receives."

The case will be heard by Judges Sandra Ikuta, N.R. Smith and Mary Murguia. Ikuta and Smith were both nominated by President George W. Bush, and Murguia was a President Barack Obama nominee.

Save Over Rs. 19,000 With This Week's App Deals
Samsung Galaxy A5 Set to Launch in November: Report