US and China Had Frank Cyber-Hacking Talks: John Kerry 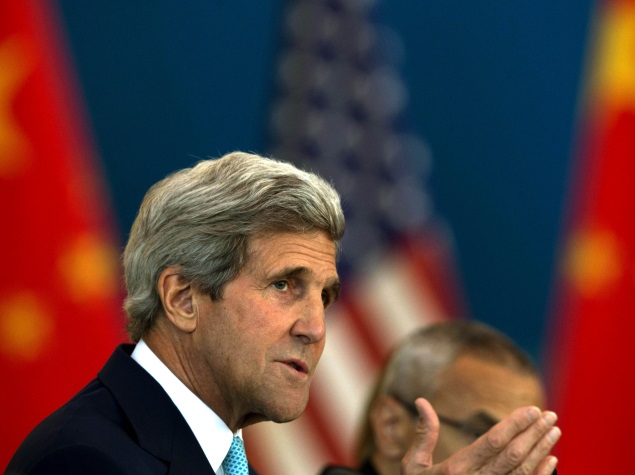 U.S. Secretary of State John Kerry said Thursday that the United States and China had a frank exchange on the issue of cyberhacking during this week's "Strategic and Economic Dialogue" in Beijing.

Kerry said the loss of intellectual property through hacking has had a "chilling effect on innovation and investment," and said such activity is hurting U.S. companies.

He made no mention of a New York Times report suggesting significant Chinese hacking of information about U.S. government personnel.

Speaking through an interpreter, Yang said the issue required mutual trust. "Cyberspace should not become a tool for damaging the interests of other countries," he said.

The two countries have been at odds over US indictments of five senior Chinese military officials. Washington accused the officials of stealing trade secrets from U.S. companies and giving them to Chinese competitors.

China has rejected U.S. efforts to restart a working group on cyber-security, which Beijing suspended after the indictments were unsealed.

Yang said it was up to the United States to first create the proper conditions for renewed dialogue on the matter.