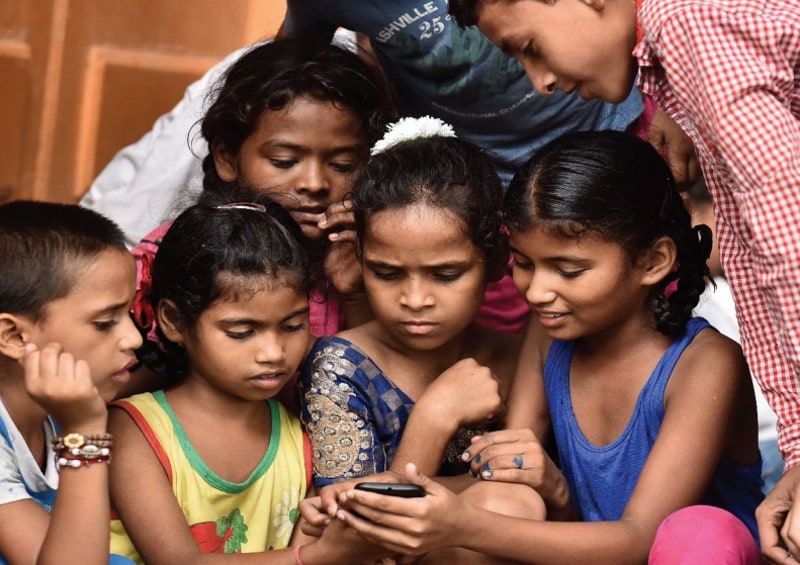 Unicef Thursday released a report on 'Child Online Protection in India', which maps the existing laws on safeguarding children from online exploitation, flags the lacunae in them and puts forward recommendations to ensure cyber safety.

According to the report, the surge in mobile and Internet use in India has brought 400 million people online. It adds that according to a survey conducted by Internet and Mobile Association of India, schoolgoing children account for seven per cent of Internet users in the country.

As a result of "deep proliferation" of Internet, offline forms of crime and violence against children are finding new platforms in the online world, it says.

"India is leading in Internet Communications Technology (ICT). If you look at the annual growth of ICT in India, it is phenomenal. The question now is, how are we going to be able to tackle this exponential growth in ICT so that it can be conducive and works as an enabler of children's education and empowerment and also, protects them from violence and abuse, which are on the increase in India and internationally.

"We need more regulations and we also need all the stakeholders and duty-bearers such as parents and teachers to contribute to this. There is also a need to engage with the private sector to invent some of the protections," Unicef Representative to India Louis-Georges Arsenault told PTI.

Cyberbullying, cyberstalking, grooming, webcam sexual abuse, pornography are just some of the several forms of sexual abuse through Internet.

The Unicef report also talks about how the precise number of child victims of online sexual exploitation in India or across the world is "unknown" even as abusive content is on the rise.

"According to International Association of Internet Hotlines, the number of webpages containing child sexual abuse material, increased by 147 percent from 2012 to 2014, with children up to 10 years of age portrayed in 80 percent of them," the report states.

"We, at National Commission for Protection of Child Rights (NCPCR), are committed to take on the issue of online child sex abuse seriously. The way our children are being targeted through the Internet is very serious and a lot of them innocently get involved in it.

"My hunch is that a lot of these children, who are victims of online abuse, could also become juvenile offenders themselves," NCPCR Chairperson Stuti Kacker told the gathering.

Head of Programme, ECPAT International Marie-Laure Lemineur emphasised on the need for "leadership and political will" to address the issue. She pointed out that even those children without access to Internet or mobile phones can fall prey to online abuse if they come in contact with the offenders offline.

Lemineur also spoke about "tolerance" that certain societies have towards online abuse as there is no actual physical contact and therefore, there is a need to engage with the duty-bearers such as the parents.

The report concludes with recommending several steps that can be taken to protect the children from online abuse. These include improving the laws and policies, reporting and removing offensive material, probing and prosecuting offenders, data-gathering and spreading digital literacy.