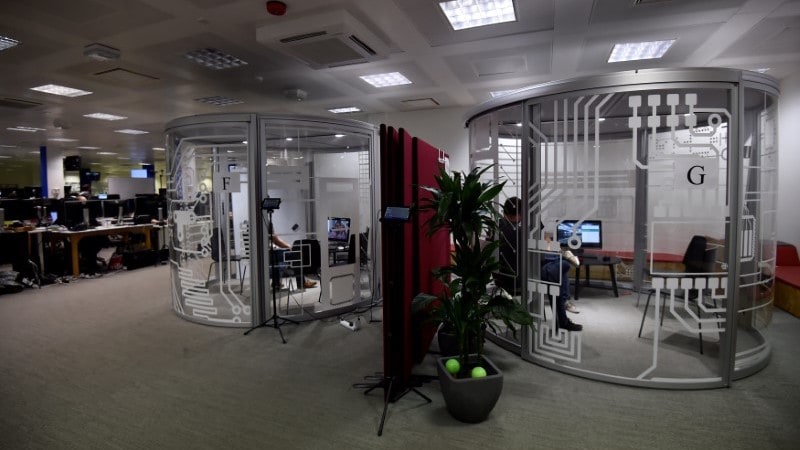 Improbable, a British tech simulation company dreamt up at Cambridge University, has raised $502 million (roughly Rs. 3,218 crores) in a funding round led by Japan's SoftBank, valuing it at over $1 billion and propelling it into the top ranks of the European industry.

Britain has a thriving tech start-up scene but few companies secure the large investments they need to become fully-fledged businesses, meaning many list in the United States or sell out to American giants such as Google or Microsoft.

Improbable was founded only five years ago by three friends, two of whom met while studying computer science at Cambridge and the other who went to Imperial College in London.

It uses cloud-based computing to digitally simulate complex real-world locations. The software can be used in hyper-realistic gaming but also to design infrastructure and scenarios for self-driving vehicles.

"This is only just the beginning of where we need to go," 29-year-old Improbable CEO Herman Narula told Reuters.

The $502 million marks the biggest ever early stage investment for a venture-backed European company and comes from SoftBank CEO Masayoshi Son who is building a $100 billion tech fund in his drive to become the Warren Buffett of the industry.

Narula and his co-founders have not disclosed how much their own share of the company is now worth but will be sitting on fortunes - at least on paper.

The computer science graduate founded Improbable with fellow Cambridge student Rob Whitehead, 26, after they met at a dissertation review. They later moved to London and joined forces with Goldman Sachs employee Peter Lipka, 28 who had studied for a masters in engineering in computing at Imperial.

The size of the investment puts it on a par with the few world renowned tech startups to come out of Europe in recent years, including Skype and Spotify, and will help the company to invest in the platform and recruit more staff.

The investment gives SoftBank a non-controlling stake and a seat on the board for Deep Nishar, its managing director.

"Along with Machine Learning and Internet of Things, Improbable's distributed computation technology represents a critical next frontier in computing," he said.

Martin Garner, SVP at market research group CCS Insight, said Improbable now needed lots of developers using the platform to build momentum. It could then become attractive for a wider set of applications and users, such as city planners, electricity grid owners or transport systems to map designs.

"That is the prize," he said. "They need scale as a platform and then there is lots of potential."

Brexit warning
Improbable's Narula said the deal showed that Britain remained an attractive destination for foreign investment, but he warned that could change if it takes the vote to leave the European Union as a reason to clamp down on immigration.

"Many of my early co-founders were foreign nationals that came to study in places like Cambridge and Oxford," said Narula, who was born in India but moved to Britain aged three.

"As long as the UK remains somewhere that is open to talent from all over the world .. I don't think it will be a concern.

"But if those things cease to be true, or if the country ceases being a welcoming place, then I think it will impact, and maybe even fatally impact, the UK tech industry."

Early investors include British entrepreneur turned investor Saul Klein and Andreessen Horowitz, one of Silicon Valley's main venture capital firms. Prior to the new funding round, it had disclosed just over $22 million in earlier funding.

US Musician Dies After Live Streaming Suicide on Facebook