Toshiba to Weigh Buyout Offer From UK Fund, Deal Could Be Worth $20 Billion

The move, if successful, would allow Toshiba to concentrate resources on renewable energies and other core businesses 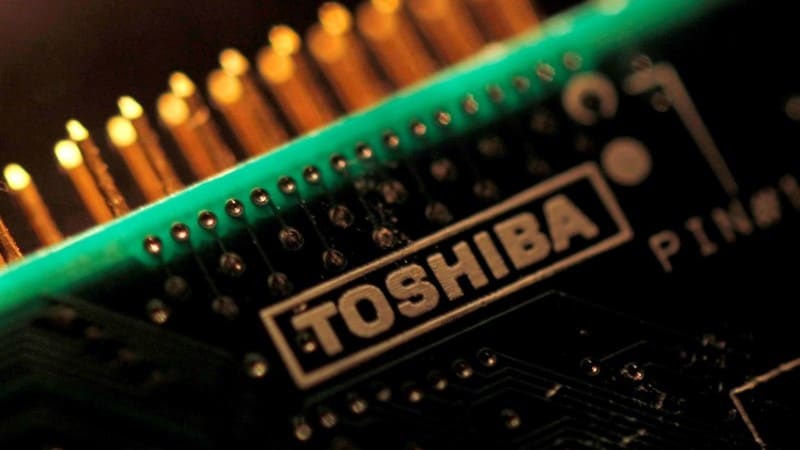 Toshiba is considering a buyout offer from a British private equity fund, with reports suggesting the deal could be worth about $20 billion (roughly Rs. 1,47,040 crores).

Trading of Toshiba shares was halted on Tokyo's stock exchange at the open, after the Japanese firm confirmed the offer in a statement.

Toshiba said it "received an initial proposal yesterday" by CVC Capital Partners for a buyout.

"We will request detailed information and carefully discuss" the offer, the firm added.

The financial daily said CVC would consider recruiting other investors to participate in the buyout. CVC declined to comment on the matter.

The proposal would take Toshiba private, with delisting intended to produce faster decision-making by Toshiba's management, which has clashed with shareholders recently, reports said.

The move, if successful, would allow the firm to concentrate resources on renewable energies and other core businesses, the reports added.

The two firms are not strangers - Toshiba's CEO and President Nobuaki Kurumatani was head of CVC's Japanese operations between 2017 and 2018, before he took the top job at the conglomerate.

And a senior executive at CVC Japan is currently an outside director on Toshiba's board.

Restructuring expertise
Kurumatani told reporters that "we received the proposal but we'll discuss it in a board meeting".

Reports suggested the discussions would begin on Wednesday, though Toshiba did not immediately specify.

Toshiba has been hit by false accounting scandals and huge losses linked to its US nuclear unit. It was forced to sell its profit-making chip unit to make up for huge losses.

Following painful restructuring, its earnings rebounded and the company in January returned to the prestigious first section of the Tokyo Stock Exchange.

Justin Tang, head of Asian research at United First Partners, said CVC's representation on Toshiba's board meant the fund was already "familiar with Toshiba's assets as well as its inner workings".

"Given the turbulence in Toshiba, the favourable interest-rate environment and supportive investors, the situation is right up CVC's alley with their expertise in restructuring and turnarounds," he told AFP.

"They will, however, have their work cut out for them in regards to regulatory approvals," Tang warned.

"Regarding companies that are important to our country's society and economy, we think it's crucial they can build and maintain a management system that allows them to continue stable operations," he said.

Redmi Note 10 Pro Will Be on Sale Today via Amazon, Mi.com: Price, Specifications