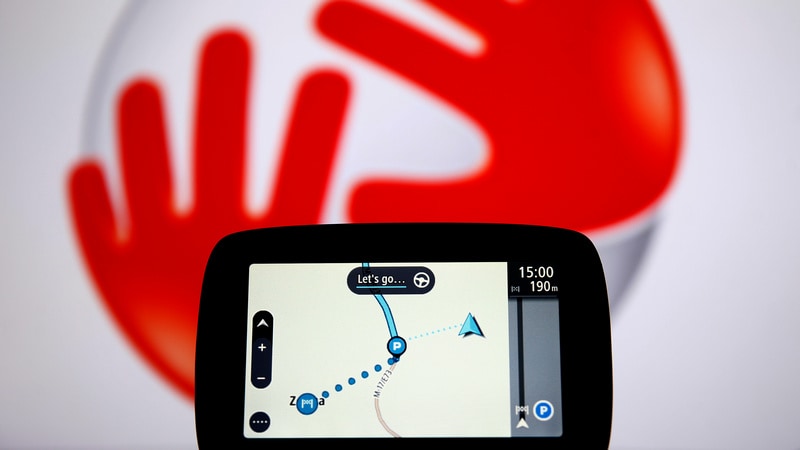 TomTom is considering selling its fleet-management business to concentrate on competing head-to-head with Google in car navigation software, it said on Thursday.

Shares in the Dutch company jumped by 17 percent to EUR 7.25 (roughly Rs. 615) on the news, but that only recovered about half of the one-day loss suffered last week when Google announced a far-reaching supply deal with a group of carmakers including Renault, Nissan and Mitsubishi.

TomTom said it has begun a strategic review of its telematics division, which helps businesses to save money by using software to monitor and improve the performance of their car and truck fleets and has been valued by analysts at about EUR 700 million ($820 million).

Chief Executive Harold Goddijn said the threat posed by Google played no role in TomTom's decision and the company wants to concentrate on selling navigation, traffic and other software to carmakers.

"I want to focus the united company behind that goal, give the company a clearer profile," he told Reuters. "It's true that today it's a more bumpy ride, but that's what we like, that's what we're good at."

Losing ground?
Some analysts have said that TomTom, which is debt-free but barely profitable, will be relegated to third place in its main market. They say it will be left trailing behind both Google and market leader Here Technologies, which is owned by the three biggest German carmakers.

"That's not a scenario we're planning for," Goddijn said, adding that carmakers should be wary of becoming dependent on Google software.

"I'm confident the car industry will get together and say what's going on here?. The car industry is notorious for not allowing single-source components into its development chain."

Goddijn said he could not comment on how TomTom would use proceeds from a sale of the telematics business, but a cash injection would clearly be welcome for a company that spends more than 100 million euros a year to maintain and develop its mapping technology.

ING analysts, who rate TomTom shares a buy, said a sale of the telematics division could be a precursor to further strategic moves.

"We believe the door is still wide open for a partnership of TomTom with an industry player in automotive," they said in a note, citing Toyota as a possible partner.

TomTom's revenue from map licensing is expected to grow for at least the coming year, with deals made in 2016 with Volkswagen and others offsetting a broader decline in group sales because of its declining satnav hardware business.

Google Admits to Secret China Search Project in US Senate Hearing, But Gives Away No Details
Devil May Cry 5 PC System Requirements Announced