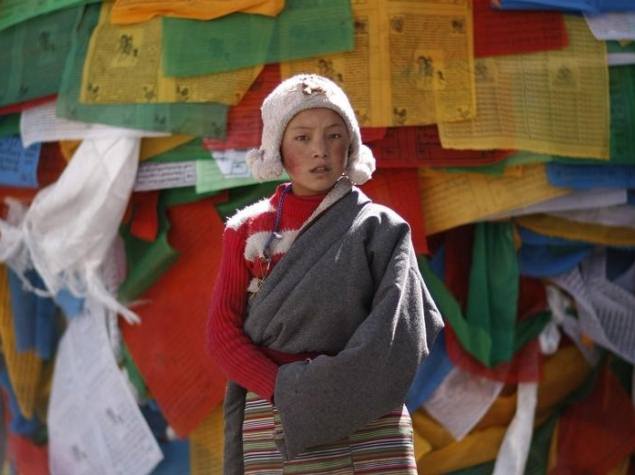 Tibet's top propaganda official vowed to "seal and stifle" the Internet in an effort to defang separatist groups in the Himalayan region, China's cabinet said on Wednesday.

Dong Yunhu, Tibet's propaganda department head, made the remarks at a meeting on Monday, the State Council's information office said, as China seeks to stamp out ethnic unrest after a string of violent attacks it has blamed on separatists from the far-western region of Xinjiang.

"We must bring down pressure from the sky, find and confiscate materials on the ground, and seal and stifle the Internet - the holy trinity of supervision and control of the system," Dong said. "(This is) to cut off Tibetan separatist propaganda from infiltrating and destroying all manner of communication."

Tibet has also seen heightened unrest in recent years. More than 120 Tibetans have set themselves on fire since 2009 to protest Beijing's rule, with many calling for the return of their exiled spiritual leader, the Dalai Lama.

Beijing says the self-immolators are terrorists and has called the Dalai Lama a "wolf in sheep's clothing" who seeks to split the country in two.

The Dalai Lama, who fled into exile in India in 1959 after an abortive uprising against Chinese rule of Tibet, says he merely wants autonomy.

China maintains tight control over the media. Censorship is widespread, and Internet users cannot access information about many topics without special software to circumvent restrictions.

The Communist Party last year renewed a campaign on online discourse, threatening legal action against people whose perceived rumours on microblogs are reposted more than 500 times or seen by more than 5,000 people.