The Interview: Sony Says It Is Trying to Find Alternatives to Theatrical Release 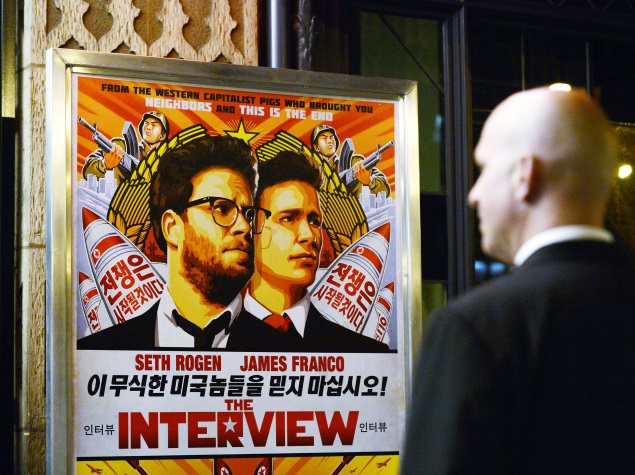 Sony Pictures said on Friday it is looking for alternatives to release "The Interview" after it scrapped the Christmas Day theatrical opening of the screwball comedy at the center of a cyberattack on the studio blamed on North Korea.

After a rare public shaming of a corporation by President Barack Obama, who said Sony Pictures made a mistake in pulling the film and bowing to intimidation, chief executive Michael Lynton told CNN he hoped that the public would see the film but no other platform had shown interest.

On Wednesday, Sony cancelled the theatrical release of the film depicting the assassination of North Korean leader Kim Jong Un after major movie theater chains refused to show the film following threats to theaters and audiences from hackers.

At the time, it said it did not have further plans to release "The Interview," a $44 million film starring Seth Rogen and James Franco.

But on Friday, after Obama expressed concern about setting a precedent of self-censorship in Hollywood, Sony said in a statement that it "immediately began actively surveying alternatives to enable us to release the movie on a different platform."

It appears there are no takers so far for a film that has incensed North Korea and could ultimately be the reason behind the most destructive hacking of a private company on U.S. soil. The Federal Bureau of Investigation said Friday that North Korean was responsible for the hack.

Lynton told CNN's Fareed Zakaria that "there has not been one major VOD - video on demand distributor - one major e-commerce site that has stepped forward and said they are willing to distribute this movie for us."

He also recognized in a separate interview with NPR that "people have been generally fearful about their systems being corrupted."

Netflix Inc, one of the biggest players in online streaming, would not discuss its interest in "The Interview," or lack thereof.

"We are approached on virtually every unconventional release by the networks and studios and, as a matter of course, don't discuss publicly the pitches, concepts or ideas that come our way," Netflix said in a statement.

Lynton said that Sony Pictures does not have a direct interface with the American public and needed an intermediary.

It does have its own site for streaming Sony content, known as Crackle, and films can be shown through the Sony Corp gaming console PlayStation. Sony declined to comment on the viability of those two options.

In the end, Sony repeatedly emphasized two issues: that it had no choice but to cancel the release after theater owners declined to show it and that it is strongly committed to the First Amendment.

"Free expression should never be suppressed by threats and extortion," the studio said in its statement.

One independent theater in Texas that wanted to screen the "The Interview" after the hackers' threats, the Alamo Drafthouse, said the studio declined to distribute.