Small traders in the country are up in arms against the big players like Amazon and Flipkart. 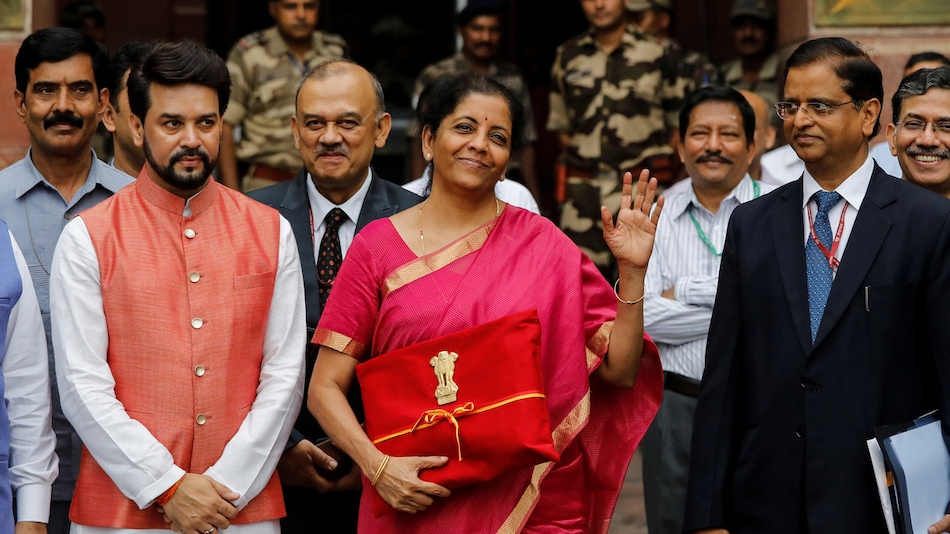 Further tightening the noose on global e-commerce giants like Amazon and Walmart-owned Flipkart, the Indian government has announced mandatory TDS deduction on e-commerce transactions for the participants on the e-marketplaces.

"In order to widen and deepen the tax net, it is proposed to provide that e-commerce operator shall deduct TDS on all payments or credits to e-commerce participants at the rate of 1 percent in PAN/Aadhaar cases and 5 percent in non-PAN/Aadhaar cases," said Finance Minister Nirmala Sitharaman on Saturday.

The government also announced relief for small businessmen under the new rule.

"In order to provide relief to small businessmen, it is proposed to provide exemption to an individual and Hindu Undivided Family (HUF) who receives less than Rs. 5 lakh and furnishes PAN/Aadhaar," Sitharaman added.

Thousands of traders were on streets across the country during Amazon CEO Jeff Bezos's India visit last month under the banner of the Confederation of All India Traders (CAIT). The traders held 'Halla Bol' protest demonstrations in about 300 cities.

"This is a welcome move which will help small traders in the country. It is intended towards fixing the unfair business practices of allowing few preferred sellers on big e-commerce marketplaces," CAIT Secretary General Praveen Khandelwal told IANS.

According to Praveen Khandelwal, both Amazon and Walmart-led Flipkart are habitual offenders of policy and law and are convicted several times in various countries for their anti-trust policies and other allegations.

The discounts on the online platforms such as Amazon and Flipkart are predatory in nature and the government should ensure price parity in online and offline markets, according to the traders' body.

The Indian e-commerce market is expected to reach $200 billion by 2026 from the current $48.5 billion (as of 2018) and to create a level-playing field for small and medium players, the government brought in a new e-commerce policy and fresh rules around FDI in the sector in February last year that forced online marketplaces like Amazon India to change its ownership pattern in local partners like Cloudtail and Appario Retail.

CAIT has been alleging repeated violation of the new FDI norms by the platforms, which both the e-commerce majors have denied.

"We want Indian e-commerce market free from all glitches, unhealthy and unfair business practices, and till the government takes any action, our national agitation will continue," Khandelwal said recently.

Late last year, the government made it mandatory for e-commerce firms to submit FDI policy compliance report by statutory auditor by September 30 every year.

The e-commerce companies have to obtain statutory auditor report by September-end for the preceding financial year, the government said in a notification, hoping that the move will help ensure compliance of the FDI policy in the e-commerce sector in 2020.