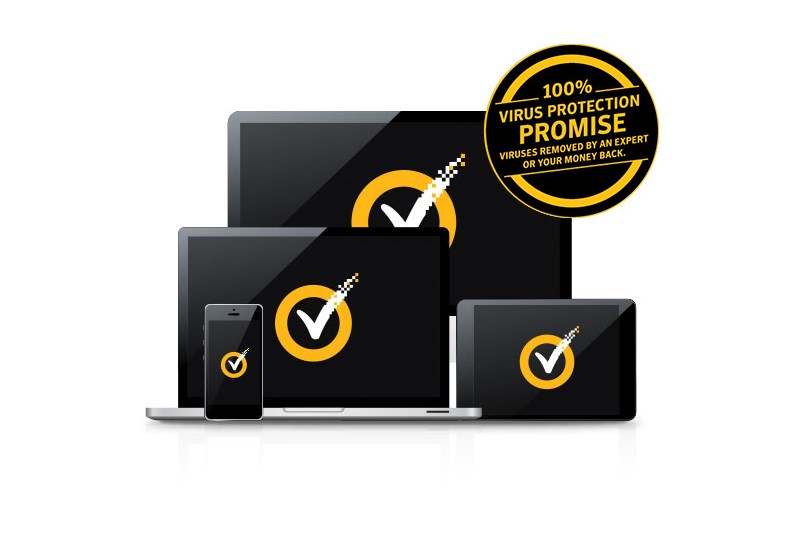 Symantec has launched a new subscription antivirus service called Norton Security. The offering will be priced at Rs. 1,399 per year for a single PC or Mac. A Deluxe edition covering up to five PCs, Macs, smartphones or tablets will also be available for Rs. 2,999 per year, and a Premium edition which covers up to 10 such devices and also includes parental controls and 25GB of online backup space will cost Rs. 4,599 per year. As a limited period introductory offer, Symantec will sell the three packages for Rs. 749, Rs. 1,399 and Rs. 2,999 respectively for the first year.

The company wants to simplify its product lineup which previously consisted of Norton Antivirus, Norton Internet Security and Norton 360. Symantec is positioning its new service as a solution for advanced current-day threats such as individualised phishing scams and man-in-the-middle attacks.

Windows 10, 8.1, 7, Vista and XP are supported, as well as the current and previous two versions of Mac OS X. Android 2.3 or higher running the Google Play services and iOS 7 and later can run Norton Security. However, the Microsoft Edge browser and Windows 8 Modern UI apps aren't supported. The software will be available as a digital download only; Symantec will not offer boxed packages at retail.

Customers of Norton Security will get free 24/7 phone support. Symantec is so confident of its offering that is guaranteeing a 100 percent refund to customers if a breach occurs and one of the company's own engineers fails to remove the threat completely.

Egan was also quick to distance the company's current offerings from those several years ago which were heavily criticised for slowing down PCs. Calling that an industry-wide problem, he characterised the performance impact of the new Norton Security service in terms of lag at boot time as less than one second. The program can run in the background and never really has to run a deep scan of the user's entire hard drive, since all incoming files are cleared at the time of creation. Norton Security can also use checksums to verify the integrity of known good files rather than scanning them entirely to detect changes.

When asked about ensuring security in a world in which users have multiple devices with multiple connectivity fronts and therefore more avenues for digital attacks than ever before, Egan said the company was exploring all avenues, including the possibility of offering VPN services, a private DNS, and embedded solutions for the Internet of Things.

Android 6.0 Marshmallow Rollout Begins Next Week for Nexus, Android One Devices
Xiaomi Being Probed for Misleading Consumers in China: Report