Students perform well regardless of reading print or ebooks: Study 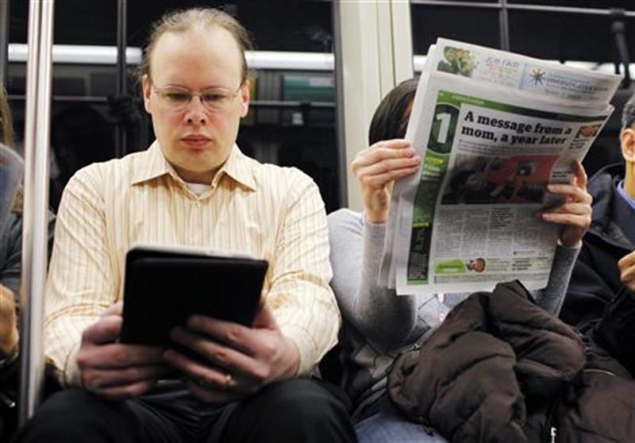 Students do equally well on a test whether reading from a digital book or a printed one, a new study has found.

The students then took an open book quiz with eight easy and eight moderate questions on the chapter.

"Few people have done a lot of research into what I'm doing. Mine directly ties performance with perception by undergraduates," said Jim Johnson, who is also director of instructional and information technology services in the Bayh College of Education.

He also found that there was no significant difference on test scores whether or not the participant had past experience on a tablet.

"The delivery method didn't make any difference," he said.

Additionally 36.1 percent said they used a cell phone to look at digital texts.

However, some problems remain in the digital textbook market. Students expressed concern about eye strain from reading text on electronic devices.

Johnson said one participant became so nauseous reading the digital text that she was unable to complete the study.

Students also expressed concern about the high price of digital textbooks as well as the battery life, software and reliable technology.
Comments