At the time of writing, STOPElon was priced at roughly Rs. 0.50 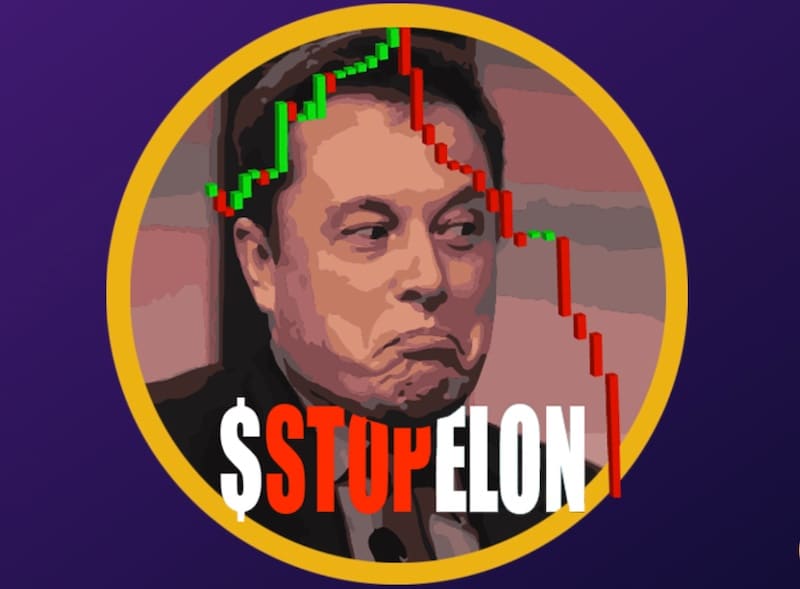 STOPElon calls itself a community movement to stop Elon Musk

Billionaire tycoon Elon Musk has often endorsed cryptocurrencies on social media, but opinion seems to be divided on whether he is actually a supporter, especially after the recent market crash. Some people have welcomed his support to digital assets such as Dogecoin — and even Bitcoin, previously — but others have accused him of being a “manipulator” who is using his position and massive following to influence the crypto market. Now, some cryptocurrency enthusiasts have formed a group to “stop Elon” from tweeting on the subject and focus more on building cars instead.

They have also formed a coin called $STOPELON dedicated to stopping the Tesla and SpaceX CEO. This development comes at a time when the prices of Bitcoin (price in India), Dogecoin (price in India) and other cryptocurrencies have plunged nearly 30 per cent in recent weeks. The group describes itself as a “community driven movement to stop the biggest market manipulator of them all”.

On its website, the group outlined reasons why it wants Musk to stop tweeting on cryptocurrencies. It said, “Anyone with even a shred of critical thinking sees through his lies. He has been trying to pump crypto for ages, tweeting about it to no end, and even going on Saturday Night Live as a last resort to get Dogecoin up! It's ridiculous! He's toying with people's portfolio like candy, like the narcissistic billionaire he is and always will be.”

Though Musk has often tweeted and spoken in support of Dogecoin and other cryptocurrencies in the past, saying they could become the future currency of the Earth, of late his tweets on energy efficiency of Bitcoin mining and transaction has not gone down well with the investors. The Tesla CEO even reversed his company's position on accepting Bitcoin as payment over climate concerns.

He had even tweeted that though he was a believer of cryptocurrencies, “it can't drive a massive increase in fossil fuel use, especially coal”.

To be clear, I strongly believe in crypto, but it can't drive a massive increase in fossil fuel use, especially coal

During his appearance on the popular TV show, Saturday Night Live, Musk also called Dogecoin a hustle, after which the cryptocurrency lost more than a third of its price. His back-and-forth comments on the digital assets have been primarily blamed for the market crash, apart from China's tightening of cryptocurrency trading rules.

Some investors now blame him for “manipulating” and triggering a crash in the market.

Elon Musk is a genius. And a genius manipulator of markets.

Forget reading stocks. If you can read his next move before he makes it you win.

NO DOUBT ELON MUSK IS THE BIGGEST MANIPULATOR IN THE CRYPTO WORLD. #Crypto #Elon #Blockchain pic.twitter.com/ttU39iotEX

Though the new meme coin is proof of how irked investors are at Musk for wielding his power over the crypto market, the question is — will it be able to diminish the Tesla CEO's influence over the digital assets?