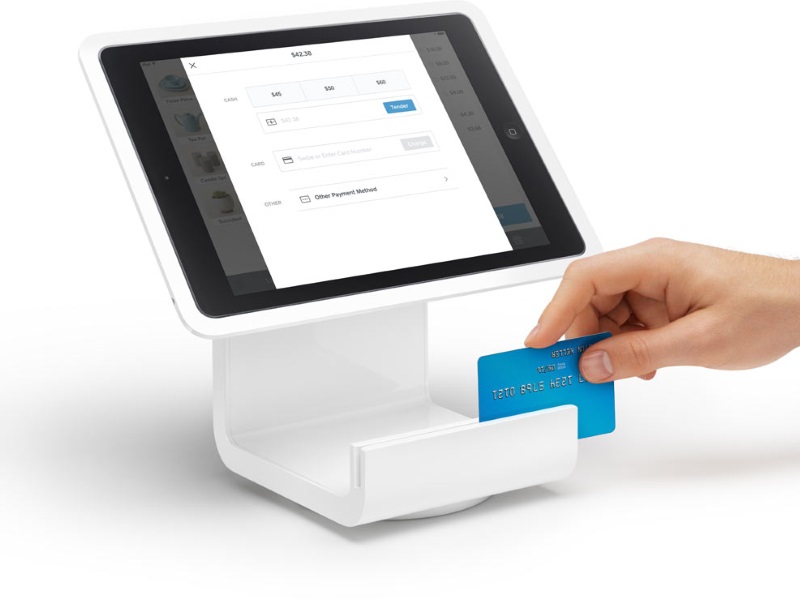 Digital payments startup Square, founded by Twitter chief Jack Dorsey, announced Wednesday that it has filed with US regulators for a stock market offering to raise $275 million (roughly Rs. 1,781 crores).

The exact date Square will go public was not revealed, but the San Francisco-based company planned to trade on the New York Stock Exchange under the symbol "SQ."

"We've built one of the fairest and most efficient payments businesses in the world," Dorsey said in a letter included with paperwork filed with the Securities and Exchange Commission.

"Creating more inclusion and greater equality in the global economy is both a social need and a huge business opportunity."

Square started out in 2009 by providing financial transactions software for smartphones or tablets along with free "dongles" that plug into devices for reading magnetic strips on payment cards.

Dorsey said that inspiration for the startup sprang from frustration experienced by an artist friend who was unable to accept credit card payments for creations.

Square warned in the filing that the rate of revenue growth was expected to drop for reasons including that major client Starbucks will switch to a rival payment system in the coming year.

"Our sellers and other users of our services have no obligation to continue to use our services, and we cannot assure you that they will," Square said in the filing.

Battling giants
Square has been a hit with small businesses processing less than $250,000 in transactions annually, according to Forrester analyst Brendan Miller.

To thrive, Square needs to make inroads with bigger merchants, whose business is more aggressively courted by technology titans specializing in "point-of-sale" systems and powerhouses such as PayPal.

"If I am Square, I am thinking I need to move up-market. As soon as I do, I start competing with the giants of the world."

PayPal was spun off by eBay in July, with the online payments group seeing a market value higher than its former parent.

Analysts at BMO Capital Markets at the time said PayPal had the potential to disrupt the market for personal and online payments.

Square has been differentiating itself by going beyond just processing payments to providing merchants with services such as financing, delivery, and ordering ahead, according to Miller.

"What gives me hope for Square is that traditional merchant service providers have not been successful at services beyond payments to merchants," Miller said.

"I think Square is looking at services to attach to their platform; that will be the determination of their success."

Steering two ships
Potential investors in the initial public offering (IPO) will have to decide whether they want to put their money into a company with a part-time chief.

Earlier this month, Dorsey made his job as interim chief at Twitter permanent, giving him the task of steering two major companies in the online sector.

Twitter is betting that the second coming of co-founder Dorsey as chief executive will bring blockbuster growth that has eluded its grasp and disappointed investors.

The soft-spoken Dorsey, who will turn 39 next month, ran Twitter in 2007-2008 and served as interim chief executive after Dick Costolo resigned in June.

Media reports said Square took advantage of a US law to file for its IPO on a confidential basis earlier this year. The law allows firms with less than $1 billion (roughly Rs. 6,479 crores) in revenue to put off disclosure of financial data until 21 days before the "roadshow" for investors.

In addition to the United States, Square has operations in Canada, Japan and Australia and claims to have "millions" of users around the world ranging from independent craftsmen who use its dongle to accept credit card payments to large chain stores.

Square's plans for a stock market debut come as many startups have been able to raise cash from eager investors without heading to Wall Street for a public share offering.

Silicon Valley is home to herds of "unicorns," startups valued at a billion dollars or more based on money pumped into them by private investors.

Privately held firms are not subject to the same scrutiny as publicly traded companies for finances and governance.