SpaceX has successfully landed its booster 49 times previously and Monday's mission would have been the 50th. 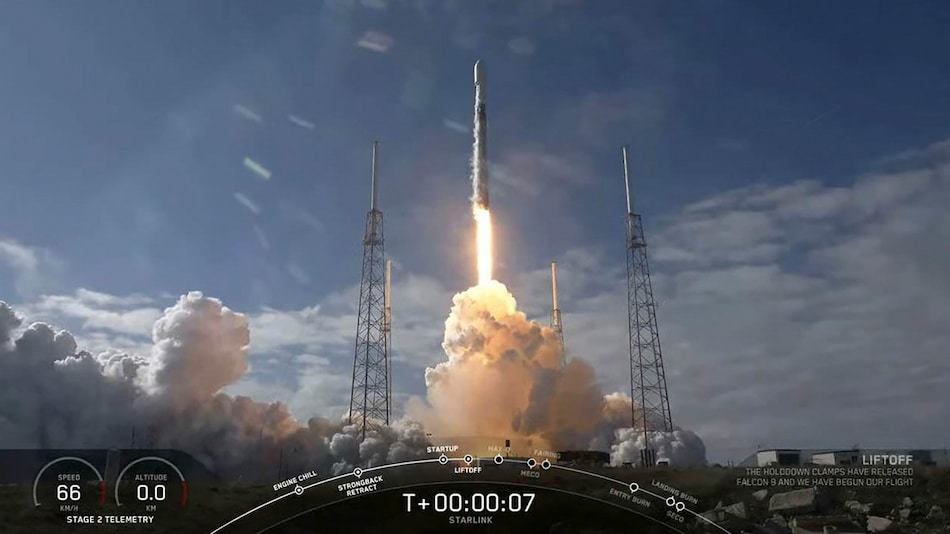 SpaceX successfully launched its latest cluster of high-speed Internet satellites into orbit Monday but was unable to land its rocket booster on an autonomous ship, missing a key milestone. The private company founded by billionaire Elon Musk has revolutionised spaceflight in recent years by developing rockets capable of delivering their payload in space then flying back to Earth and landing upright on a target zone, ready to be reused.

It has successfully landed its booster 49 times previously and Monday's mission would have been the 50th.

"We had an on-time liftoff this morning, a good stage separation, first stage made its way back to Earth," manufacturing engineer Jessica Anderson said during a live feed of the mission, which launched from Cape Canaveral, Florida at 10:05am (1505 GMT).

"Unfortunately, we did not land the first stage on our drone ship, but it did make a soft landing on the water right next to the drone ship, so it does look like it might be in one piece," she added.

The mission delivered the fifth load of 60 satellites of SpaceX's broadband Starlink constellation, part of its plans to control a huge share of the future Internet space market.

There are now around 300 Starlink satellites in orbit and that number could one day grow to thousands.

Several rivals have the same ambition, including London-based startup OneWeb and giant US retailer Amazon, whose Project Kuiper is far less advanced.

These have sparked concern among astronomers that they could obscure our view of the night sky, both visually and through radio interference.

Re-using rockets drastically lowers the cost of missions, and the Falcon 9 used in Monday's launch was being flown for the fourth time.

It was not immediately clear why it missed its target. The rocket did not appear in the frame in live footage broadcast from the drone ship, but a plume of smoke or vapour was seen a short distance away.