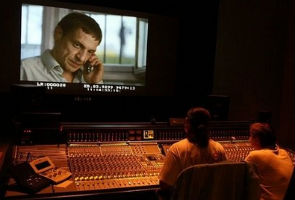 Highlights
The Moscow film company behind some of the greatest classics of Soviet cinema on Wednesday said it had agreed to make dozens of its best-known movies freely available on YouTube.

The agreement between Mosfilm and YouTube means that an initial batch of 50 films that still have legendary status in Russia but are little known outside will for the first time find a wide foreign audience.

The unabridged films have been posted with subtitles and Mosfilm said it will add five more films every week, meaning that by the end of the year a library of 200 films will be available in high definition.

The movies posted so far include "Ivan Vasilevich Changes Occupation", a 1973 comedy where a Soviet engineer accidentally sends feared Tsar Ivan the Terrible to modern Moscow with his homemade time machine.

Also available is "White Sun of the Desert" (1969), the first of a genre of Soviet co-called Easterns set in Central Asia that is still traditionally watched by cosmonauts before every space launch.

Curious viewers may also want to try the 1930s musical comedy set on a river cruise ship, "Volga Volga", which is said to have been the favourite film of Soviet tyrant Joseph Stalin.

Better known to Western viewers will be Andrei Tarkovsky's arthouse classic "Mirror" (1975), whose meaning remains elusive even after several viewings.

"For us the YouTube project is very important and interesting," said Karen Shakhnazarov, the director the Mosfilm, in a statement.

"The aim is to give users the possibility to legally watch high-quality video material and prevent the illegal use of our films," he said, adding this was made possible by YouTube's capacity to block pirated content.

Mosfilm traces its history back to the early days of the Soviet Union and cinema in the 1920s when film production was nationalised into the Goskino company.

It acquired its current name in 1935 and still proudly uses the famous Soviet sculpture "Worker and Peasant Woman" as its symbol.

The Mosfilm channel is available on YouTube at: https://www.youtube.com/mosfilm
Comments