Son said winners from the current crisis included companies in food delivery, online medical services, video streaming, and online shopping. Overall, the pandemic has been a disaster for his $100 billion Vision Fund. 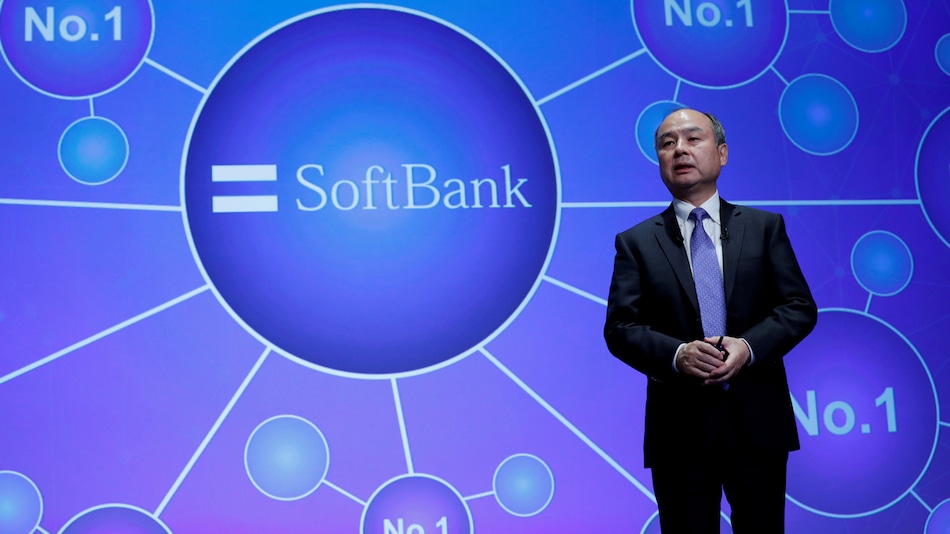 SoftBank Group CEO Masayoshi Son on Monday pinned his hopes on a small group of "Unicorns" to save the performance of his $100 billion (roughly Rs. 7.56 lakh crores) Vision Fund - although he gave few clues on which ones they would be. Announcing a record annual loss for his tech conglomerate, and an $18 billion (roughly Rs. 1.36 lakh crores) shortfall at the Saudi-backed Vision Fund, Son told an earnings presentation on Monday that tech unicorns had plunged into the "valley of the coronavirus". But he said a smaller number of the tech companies would make it and could eventually account for 90 percent of the value of the portfolio.

He showed a slide where cartoon unicorns were falling down a hole as a lone winged unicorn flew to safety on the other side.

The 62-year-old businessman offered few clues as to which of the fund's 88 portfolio companies would eventually succeed.

Son said winners from the current crisis included companies in food delivery, online medical services, video streaming, and online shopping. Overall, the pandemic has been a disaster for the fund.

"If Son had a good idea of what these companies are he would have singled them out," said Amir Anvarzadeh, market strategist at Asymmetric Advisors.

SoftBank has limited exposure to areas like online education and streaming, with TikTok parent Bytedance one notable exception. In food delivery, there has been demand from locked-down consumers but vendors also have faced disruptions, including being forced to shut down.

Uber and similar portfolio companies have been hammered by a slump in their core ride-hailing business.

Online medical services, such as Ping An Healthcare and Technology, have seen an upswing, although questions remain over the broader application of this type of healthcare technology.

Son's thesis that a small number of hits can make up for other failures is typically applied to early-stage investment, because there's greater potential upside.

But the Vision Fund has focused on late-stage startups, meaning there may be less uplift.

Long-time ally Jack Ma is exiting SoftBank's board and Son, under pressure from US activist fund Elliott Management, has been forced to sell down his Alibaba stake to fund share buybacks.

SoftBank has also been unable to secure further cash from the Vision Fund's big backers like Saudi Arabia's sovereign wealth fund due to poor performance.

On Monday, Son repeated his pledge of no bailouts for struggling parts of the portfolio, although there are funds in reserve for "follow-on" investments.

A stark change of tone from Son was reserved for WeWork, which as recently as November he said was heading for a rapid recovery.

The largest portfolio companies "have a relatively good chance of passing through the valley of the coronavirus," Son said.

"The exception is WeWork."