Snapdeal Can Become the Alibaba of India, Says SoftBank CEO 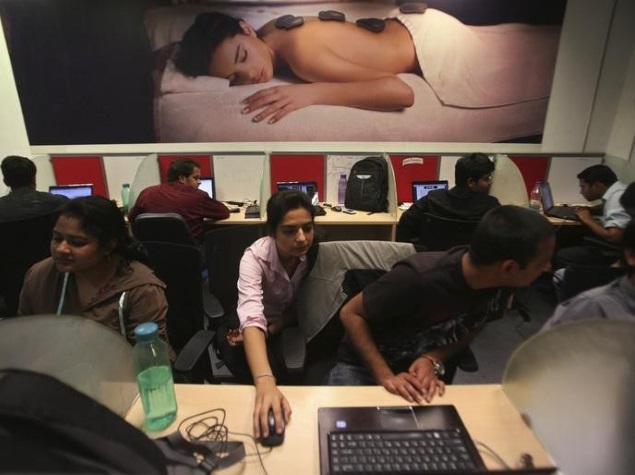 Japanese telecom and media group SoftBank Corp has set its sights on Indian e-commerce in its aggressive expansion drive, saying it will invest about $10 billion (roughly Rs. 1,32,200 crores) in the booming sector as it took a strategic stake in one of its rising stars.

The Snapdeal purchase comes as international investors hunt deals in online retail in India, which has the world's third-largest Internet user base but where e-commerce is still relatively underdeveloped. For cash-rich SoftBank, owner of a third of newly listed Chinese e-commerce giant Alibaba, the move is the latest in a series of deals designed to counter sluggish growth at home.

"I have a strong willingness to invest more like $10 billion (roughly Rs. 61,200 crores) in the next 10 years," Son said in an interview on CNBC after his company announced plans to buy in Snapdeal, which connects small businesses with customers in an online marketplace. "I strongly believe that Snapdeal has the potential to be like the Alibaba of India."

In a separate deal announced on Tuesday, SoftBank said it will lead a $210 million (roughly Rs. 1,300 crores) investment round with existing investors in ANI Technologies Pvt. Ltd, which owns a mobile application for taxi bookings that competes with the likes of Uber.

SoftBank didn't disclose how big a stake it will have in Snapdeal, which will use funds to expand operations to compete with bigger, free-spending rivals Flipkart and Amazon.

The company did say it will become the biggest investor in Snapdeal, where sales of everything from clothes to computers have brought in around 25 million registered users and 50,000-plus merchants, attracting international shareholders like e-commerce operator eBay Inc and investment firm BlackRock Inc.

One person with knowledge of the deal told Reuters SoftBank will own about 30 percent of New Delhi-based Snapdeal, buying new shares in the firm, valuing all of Snapdeal at around $2 billion (roughly Rs. 12,200 crores). Snapdeal declined to comment on the terms of the deal.

"SoftBank is a major investor in the internet space and them putting in a large sum of money validates the growth of Indian e-commerce," said Niren Shah, managing director at venture capital firm Northwest Venture Partners.

The SoftBank investment is in line with the $600 million-$650 million sources told Reuters Snapdeal had been seeking, and is the biggest investment by a single investor in the e-commerce sector in India.

With this round of investment, Snapdeal, founded by Kunal Bahl and Rohit Bansal four years ago, has raised about $1 billion (roughly Rs. 6,100 crores) this calendar year. The company said it plans to use the money to ramp up technology and supply chain management systems, and add order fulfillment centres to 30 cities. The company currently has 40 fulfillment centres in 15 cities.

Snapdeal will also look at making three or four bolt-on acquisitions in the coming few months specifically in the area of mobile technology and set up an incubation centre to work with start-up businesses in the mobile technology space, the company said.

CEO Bahl, who has said he also wants Snapdeal to become "the Alibaba of India", told Reuters in September that the company was focusing on improving its technology platform so that it could connect more small-scale enterprises with buyers. Snapdeal plans to expand its merchant base to 1 million in the next three years.

"India has the third-largest internet user base in the world, but a relatively small online market currently. This situation means India has, with better, faster and cheaper Internet access, a big growth potential," Arora, a former Google executive, said in a statement.

Arora will be joining both Snapdeal and ANI's boards as part of the investment, SoftBank said.

The India growth plan rolled out by SoftBank on Tuesday doesn't indicate the company will take its eye off other investment openings.