Snapdeal Sale? SoftBank Said to Be Reworking Plan; Decision in a Few Weeks 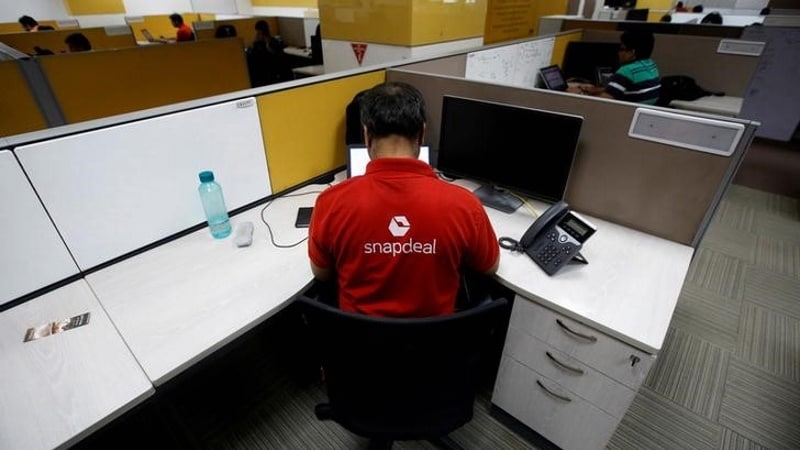 Japanese investor SoftBank is believed to be re-working its plan for sale of e-commerce platform Snapdeal and a final decision is likely to be made in the next few weeks.

According to sources, a consensus could not be reached for the sale proposal at yesterday's board meeting of Snapdeal, where SoftBank has a significant stake and board representation, but the Japanese major is continuing to work on getting support of other directors.

An announcement on the same is likely to be made in the next 4-8 weeks, they added.

Speculations are rife that the country's third-largest online shopping platform Snapdeal could be sold to larger rival and market leader Flipkart.

Interestingly, Paytm's name has also come up as a potential buyer. Alibaba, which is a prominent shareholder in Paytm, is also a shareholder in Snapdeal.

Snapdeal and SoftBank declined to comment on the matter. The deal, if completed, would mark the biggest acquisition in the Indian e-commerce space and change the landscape of the sector that is witnessing intense competition among players.

The board of Jasper Infotech - that operates Snapdeal - met on Tuesday to brainstorm on the broad contours of a possible deal.

Sources said one of the hurdles is valuation, as Kalaari Capital and Nexus Venture Partners have not agreed with the valuation given by Snapdeal's largest shareholder SoftBank.

The cash-strapped firm over the last few months has had to trim its workforce significantly and shut down non-core businesses.

Snapdeal was valued at $6.5 billion in its last funding round in February 2016.

The valuation has also shrunk since then and the potential deal could be struck at a discounted rate, the sources said.

They added that yesterday's board meeting saw some progress in terms of a broad agreement emerging on the sale.

Indian e-commerce companies have seen funding dry up over the last few months as investors are focussing extensively on profitability and rationalisation of expenses.

With intense competition from deep-pocketed global rivals like Amazon, companies like Flipkart and Snapdeal could face more heat in the coming days.