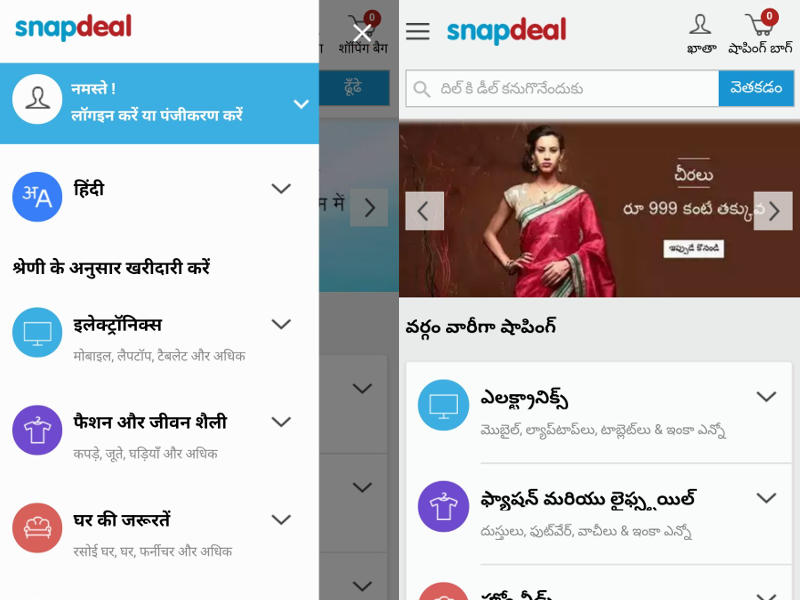 From Tuesday, Snapdeal's user interface on the mobile will be available in Hindi and Telugu.

"With this, Snapdeal has expanded its reach to an additional 130 million smartphone users in India, who use internet in regional languages, thus making digital commerce now accessible to all," it added.

India's linguistic diversity is a huge opportunity to expand the market to include those users who would prefer to engage online in their native languages, said Rohit Bansal, co-founder of Snapdeal.

"Our decision to go multi-lingual is driven by the feedback that we have received from our users," Bansal said.

The multilingual user interface has been developed by the company on the basis of the feedback it received from both its buyers and sellers.

"The multilingual platform is built on top of Snaplite, Snapdeal's website for mobile browser, which is 85 percent lighter and consumes less bandwidth. This means that not only is it in the language of the regions, it also consumes 85 percent less bandwidth and loads in 1/4th the time of most other mobile sites," the statement added.