Snapdeal Terminates Talks With Flipkart, Will Pursue an Independent Path 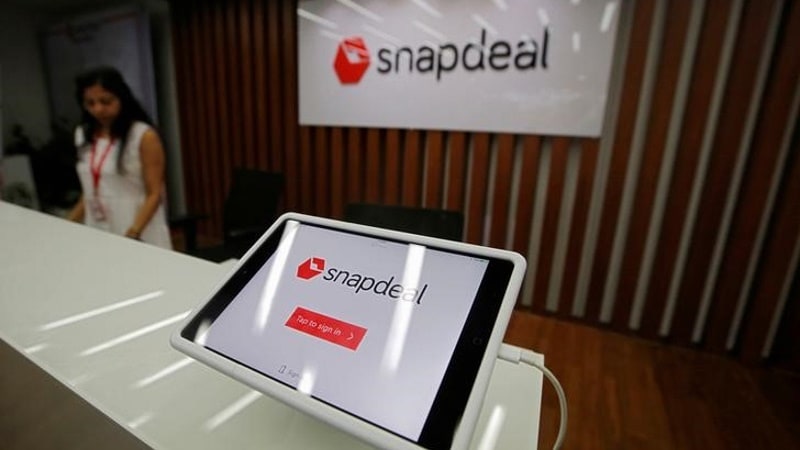 Snapdeal on Monday called off the $950 million-takeover (over Rs. 6,000 crores) by Flipkart, apparently over differences in valuation and terms of what could possibly have been the largest deal in the Indian e-commerce space.

Discussions to acquire the beleagured Snapdeal by Flipkart were initiated in March but contours of the deal could not reach a finality even after several rounds.

"Snapdeal has been exploring strategic options over the last several months. The company has now decided to pursue an independent path and is terminating all strategic discussions as a result," a Snapdeal spokesperson said in a statement, without naming Flipkart.

The spokesperson added that the company will now pursue "Snapdeal 2.0" which is expected to help Snapdeal be "financially self-sustainable".

Japanese conglomerate SoftBank, which holds close to 35 percent stake in Snapdeal and one that was driving the discussions, said it supports entrepreneurs and their vision.

"...we respect the decision to pursue an independent strategy. We look forward to the results of the Snapdeal 2.0 strategy, and to remaining invested in the vibrant Indian e-commerce space," a SoftBank spokesperson said.

According to company sources, the talks ended on account of the complexity of the deal that came with multiple conditions, right from indemnity to a non-compete clause.

These did not find favour with the founders of the Gurugram-based online marketplace, they added.

The sources did not wish to be named as the discussions were private.

The deal was also contingent upon a nod from Snapdeal's high-profile minority investors, including Ratan Tata and Azim Premji's investment arm, PremjiInvest.

It wasn't immediately clear if any of the minority shareholders had objected to the deal.

Once a leading player in the Indian e-commerce space, Snapdeal has seen its fortunes falling amid strong competition from rivals, Amazon and Flipkart.

Its valuation plunged from a peak of about $6.5 billion in February 2016 to about $1 billion during the latest round of discussions.

The players have been pumping in millions of dollars in building infrastructure, getting sellers online as well as promotions to bring more shoppers onboard.

The decision to continue independently also comes within days of Snapdeal agreeing to sell its digital payment platform, FreeCharge, to Axis Bank for Rs. 385 crores.

One of the sources said Snapdeal is now pivoting into a 'Taobao'-like open marketplace setup and with money coming in from the sale of non-core assets like FreeCharge and Vulcan (when it gets completed), the company will have a run time of at a few years. Snapdeal has about 1,200 employees.

In an email to employees last week, Bahl had indicated that the company may decide to continue independently. Bahl had said the FreeCharge deal would give Snapdeal the "necessary boost in resources" to continue its e-commerce journey.

The discussions with Flipkart stretched over five months for a number of reasons. SoftBank worked overtime to get early investors, Kalaari and Nexus Venture Partners - who also have Board representation - to agree to the deal.

After their approval, Snapdeal Board turned down Flipkart's $800-850 million (about Rs. 5,500 crores) offer, saying the amount undervalued the company.

While Flipkart revised the offer to $900-950 million, it came with a number of riders that did not find favour with the company.

There have been reports suggesting that SoftBank was looking at picking up stake in Flipkart through the Snapdeal transaction.

With the deal now off, reports say SoftBank may look at investing in Flipkart separately, though it could not be independently verified.

Greyhound Research chief analyst and CEO Sanchit Vir Gogia said Snapdeal 2.0 will need the company to have a different approach to survive and thrive.

"They will have to take a specialised approach to ensure they can continue. The market is now clearly open to a third player after Amazon and Flipkart, possibly to Paytm," he said.

Gogia also noted that the development should also be a reminder to startups that "they should not take consumers and investors for granted".

Disclosure: Paytm’s parent company One97 is an investor in NDTV’s Gadgets 360.

WhatsApp Beta for Windows Phone Tips Verified Profiles, and Other Business Features
In Costly Silicon Valley, Case of Facebook Contractor Who Lives in a Car