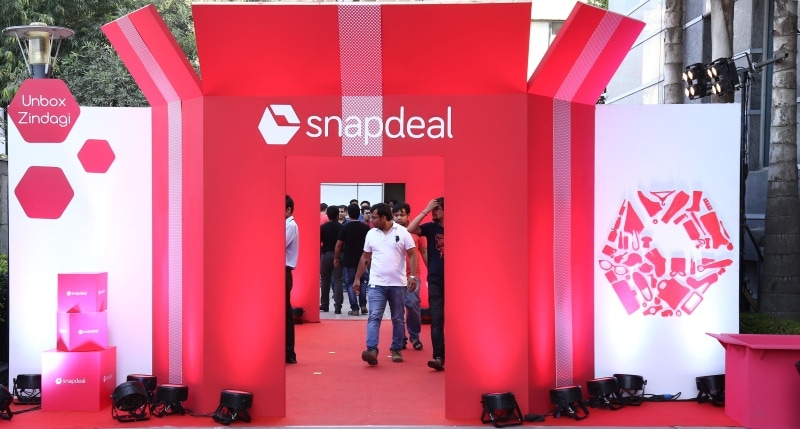 Snapdeal's chief executive and founder Kunal Bahl put an end to the "saga" of speculations and uncertainty of his e-commerce company's future on Monday after the company said it has chosen to stay independent and kickstarted the "Snapdeal 2.0" journey. The major announcement comes months after Snapdeal negotiated with investors and Flipkart for a possible acquisition.

The Snapdeal CEO sent a letter to Snapdeal employees on Monday in which he encouraged them to aim for the bigger ambitions: the $200 billion Indian e-commerce market. "We have a tremendous team, millions of loyal customers, hundreds of thousands of motivated sellers and a phenomenal platform that has been built with years of effort," Bahl wrote in the letter obtained by NDTV.

Bahl, who founded Snapdeal in 2010 with Rohit Bansal, said he refused to let any other company buy Snapdeal because he believes there is no one model to win the e-commerce market in India. "In every market, there are multiple successful e-commerce businesses, and as long as one's strategy is differentiated and has a clear path to success, there is a great company that can be built. We firmly believe in our new direction - Snapdeal 2.0 - part of which is a laser focus on being a champion for all sellers in India, enabling anyone to setup a store online in a few minutes and focusing on providing large selection of products at great prices to consumers," he wrote.

Bahl reminded the employees that the company is still profitable, and the recent sale of FreeCharge puts the company in a better financial position. "Secondly, we have made tremendous progress towards this new path over the last few months and are already profitable at an gross profit (a.k.a. net margin) level, with clear visibility to making upwards of Rs. 150 crores in gross profit in the next 12 months. Finally, with the ongoing streamlining of costs and sale of some of our assets, such as FreeCharge, we are financially self sufficient as a company and don't need to raise additional capital to reach profitability."

As Snapdeal now prepares to fight again with Amazon and Flipkart, it knows the route it has taken isn't going to be without roadblocks. "Needless to say, we will need to keep a tight control on our costs and work towards becoming a hyper efficient culture delivering profitable growth, month on month," Bahl wrote.

The co-founder, who has said he got the inspiration of building Snapdeal because he couldn't join Amazon, thanked the courage of employees, many of whom, he says, told him that remaining an independent entity is in the best interest of the company. "Success is never final, failure is rarely fatal; it is the courage to continue that counts. Let's work together to make Snapdeal 2.0 a super success!"

The move to stay independent will be a turning point for the company as it convinces its investors for more money, makes strategic changes, and fights Flipkart and Amazon India.