Slump in Advertising Sales Drags Revenue Down at Yahoo 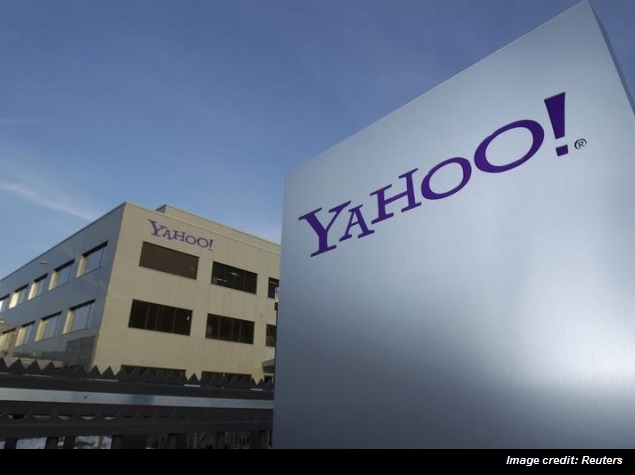 Nearly two years to the day that Marissa Mayer took the helm at Yahoo, the company's turnaround is still a work in progress. And its fortunes are still very much tied to its stake in Alibaba, the private Chinese Internet company expected to go public next month.

It is easy for Wall Street to overlook Yahoo's lackluster performance, when it is so busy salivating over the company's holdings in Alibaba.

On Tuesday, when Yahoo announced its second-quarter earnings, it said it had reached an agreement with Alibaba to reduce the number of shares it is required to sell in the initial public offering to 140 million shares from 208 million shares. Conservative estimates predict Alibaba will be valued at $150 billion when it goes public, more than five times Yahoo's current $35 billion market valuation.

More good news for shareholders came from the earnings report: Kenneth A. Goldman, Yahoo's chief financial officer, told investors that Yahoo planned to return at least half of its after-tax profits from the Alibaba offering to shareholders. If Yahoo can find a tax-efficient way to distribute those fortunes, Wall Street has reason for optimism.

Still, even the hoopla over the Alibaba news was not enough to distract from the other problems at Yahoo, where Mayer's best efforts to drive more content and acquire fresh talent and innovative products through acquisitions have done little to bolster the company's financial performance.

"Things aren't getting better," Colin Gillis, an analyst at BGC Partners, put it bluntly. "The core business is still dismal."

On Tuesday, Mayer announced the worst revenue number since she took over. Yahoo's revenue fell 4 percent last quarter, to $1.08 billion from the year-ago quarter.

Mayer was the first to admit disappointment.

"Our top priority is revenue growth and by that measure, we are not satisfied with our Q2 results," she said. "While several areas showed strength, their growth was offset by declines."

Yahoo's revenues from its display advertising business fell 8 percent last quarter, to $436 million, compared with the same quarter a year ago, in large part because Google and Facebook continue to capture ever larger shares of the U.S. display advertising market.

Yahoo, once the top seller of display ads in the U.S., is projected to see its share of the market fall to 6 percent, from 7.1 percent market share last year, even though the overall display ad market is expected to grow by 23.8 percent this year, according to eMarketer.

On Tuesday, Yahoo said its income from operations slid 72 percent, to $38 million, from the year-ago quarter, much of that because of a restructuring charge. GAAP net earnings for the second quarter was down 19 percent, to $270 million, or 26 cents a share, from $331 million or 30 cents a share.

That net income was below the expectations of Wall Street analysts who forecast an average 33 cents a share.

But the biggest black hole continues to be Yahoo's revenue from mobile advertising, considered the hottest growth area for Internet companies. Yahoo did not report its mobile advertising revenue on Tuesday, even though the market for mobile advertising is expected to reach $17.73 billion this year, an 83 percent jump from last year.

Even with the fortunes from Alibaba's looming IPO, shares of Yahoo fell 2 percent in after-hours trading, after ending regular trading down 9 cents, or 0.25 percent, to $35.61.

Apple, IBM Team-Up to Offer iPhone and iPad Devices to Businesses
Google Appoints Former Ford CEO Mulally to Its Board