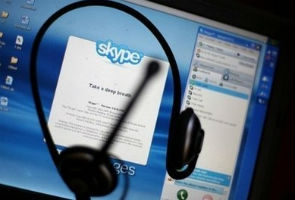 Highlights
Skype is down yet again. Just two weeks after the first round of problems, users the world over have reported trouble logging into the VoIP (Voice over Internet Protocol) service.

Skype has acknowledged this issue, tweeting, "A small number of you may have problems signing in to Skype. We're investigating the cause, and hope to have more details to share soon,"

On it's blog, Skype says, "A configuration problem has meant that some of you have been disconnected from Skype. We've identified the cause of the problem, and have begun to address it. If you've been affected, you should start to see improvement in the next hour or so. You shouldn't need to manually sign back in to Skype - it should reconnect automatically when it's able to do so. We apologies for the disruption to your conversations."

Later in the blog post, Skype said, "Today's problems have stabilised, and recovery is ongoing. Skype should return to normal soon."

This is the second time the online chat service provider has been hit since May 2011. Round 2 comes just days after Microsoft announced it would be buying Skype for a whopping $8.5 billion. Two strikes in two weeks? A re-think might be in order.