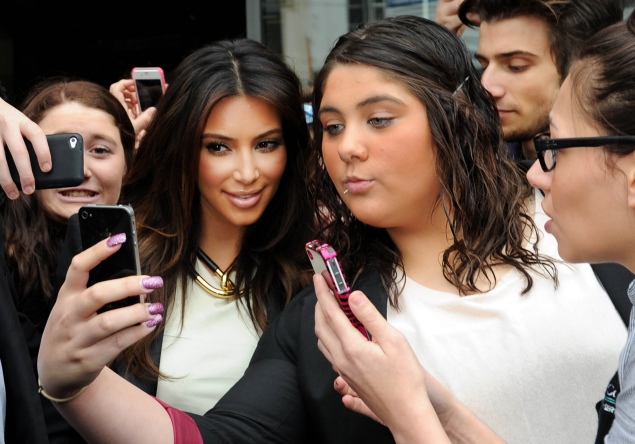 "Selfie," "hashtag," and "tweep" are among more than 150 new words added to America's best-selling Merriam-Webster dictionary, spotlighting the growing influence of technology on everyday life.

"So many of these new words show the impact of online connectivity to our lives and livelihoods," said Peter Sokolowski, editor-at-large for Merriam-Webster.

"Tweep, selfie, and hashtag refer to the ways we communicate and share as individuals," he added.

Originally a social media buzzword, "selfie" was admitted to the online version of the Oxford English dictionary in 2013, which named it word of the year.

(Also see: 'Selfie' is Oxford's word of the year)

Merriam-Webster defined "selfie" as "an image of oneself taken by oneself using a digital camera especially for posting on social networks."

The dictionary said a "more playful intersection" of technology and human behavior can be seen in "steampunk."

The word made the cut and was defined as "science fiction dealing with 19th century societies dominated by historical or imagined steam-powered technology."

"Crowdfunding," "big data" and "gamification," were also added, showing "how technology is being used to understand and motivate behavior," the dictionary said.

Another newbie was "catfish," defined as a person who sets up a false social networking profile for deceptive purposes.

"Fracking" was also admitted to the dictionary.

It has unlocked an energy boom in the United States but has sparked controversy elsewhere as a threat to the environment and potential cause of earthquakes, with some countries banning it.