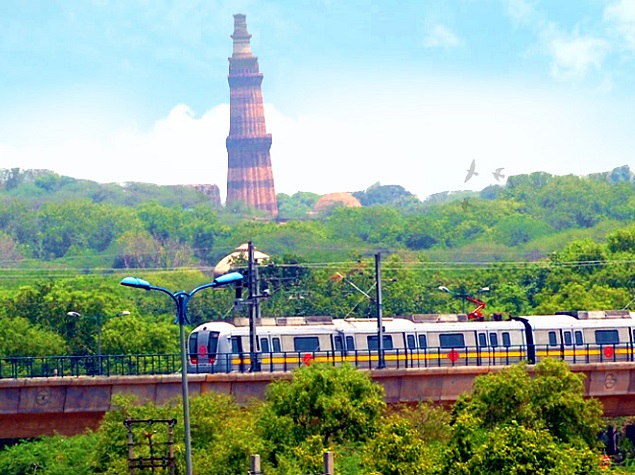 Select Delhi Metro stations, including Rajiv Chowk and Central Secretariat, would soon be Wi-Fi zones, an official said on Wednesday.

According to an official statement, five Delhi Metro stations - Rajiv Chowk, Kashmere Gate, Vishwavidyalaya, Central Secretariat and Hauz Khas - have been identified for setting up of the services initially.

The announcement was made following a memorandum of understanding (MoU) was signed between the Delhi Metro and the Rail Tel Corporation of India on Wednesday.

"As per the MoU, the installation of the equipments is expected to be completed within the next seven months," the statement said.

"Delhi Metro is exploring the possibilities of introducing Wi-Fi based Internet facilities at its stations as well as trains. This MoU is the first step towards that direction," it added.

According to the statement, Rail Tel shall conduct the necessary surveys, install equipments and carry out maintenance of the installed infrastructure.

DMRC had early last month submitted a 'Request For Proposals' from mobile operators to install Wi-Fi hotspots at stations and trains in this regard.

The move was then said to be aimed at providing a tech edge to the rapidly expanding network, which currently stands at around 193km, and the burgeoning smartphone users.

"This was a long standing demand of the commuters. We have asked mobile operators to submit their proposals and will check feasibility and other parameters after that," an official had then said.

The deadline for the companies has been set around the end of May, the official had added.

Earlier this year, the DMRC had launched a unique initiative through which Android users could earn reward points which can be later redeemed to recharge their metro smart cards.