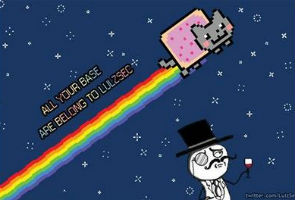 Highlights
Scotland Yard's cybercrime unit has arrested a teenager it suspects of working as the spokesman for the Lulz Security hacking collective, officials said Wednesday.

The Metropolitan Police's Central e-Crime Unit arrested a 18-year-old at an address in Scotland's remote Shetland Islands, the force said in a statement. His name wasn't released, but police said he was believed to be "Topiary," one of LulzSec's most prominent members.

Police originally gave his age as 19 but later issued a correction.

LulzSec shot to prominence in May with attacks on the U.S. Public Broadcasting Service - whose website it defaced by posting a bogus story claiming that the late rapper Tupac Shakur had been discovered alive in New Zealand.

The group is a spin-off of Anonymous, an amorphous collection of Internet enthusiasts, pranksters and activists whose targets have included the Church of Scientology, the music industry, and financial companies including Visa and MasterCard.

Topiary was linked to both groups, serving as the on-again, off-again media liaison for the publicity-hungry hackers.

In his only known television interview, on the "David Pakman Show" earlier this year, Topiary phoned in via Skype to feud with Shirley Phelps-Roper of the Westboro Baptist Church, a Kansas-based group notorious for picketing the funerals of slain American soldiers.

Anonymous vandalized the church's website live over the course of the interview.

In conversations with The Associated Press, Topiary said he controlled LulzSec's Twitter feed, which garnered some 300,000 followers over the course of its six-week-long Internet rampage.

One its most spectacular hacks was against Sony Pictures Entertainment. The group posted the usernames, passwords, email addresses and phone numbers of tens of thousands of people, many of whom had given Sony their information for sweepstakes draws. Another stinging series of breaches last month targeted Arizona's police force in protest against its contentious immigration law. Officers had to scramble to change their numbers because their phones were being jammed with calls.

Shortly thereafter the group abruptly announced it was disbanding, although Topiary said at the time that the group wasn't bowing to police pressure.

Attempts to reach Topiary since then have been unsuccessful, although his group recently re-emerged from retirement, defacing The Sun newspaper's website with a fake story claiming that media tycoon Rupert Murdoch had died. In one of its last messages, LulzSec said it was working with unnamed media outlets on a WikiLeaks-style release of emails it claimed to have stolen from the tabloid.

Topiary's once-plentiful Twitter feed was practically wiped clean Wednesday. The only remaining post, from nearly a week ago, read: "You cannot arrest an idea."

The latest arrest is one of an increasing number claimed by law enforcement in Britain and the United States in connection to their investigations into Anonymous and its offshoots. Last week, the FBI, British and Dutch officials carried out 21 arrests, many of them related to the group's attacks on Internet payment provider PayPal Inc., which has been targeted over its refusal to process donations to WikiLeaks.

Last month another 19-year-old, Ryan Cleary, was charged with attacks on Britain's Serious Organized Crime Agency and various U.K.-based music sites. Although at least one of the attacks he was charged with seemed linked to LulzSec, Topiary claimed at the time that Cleary was at most only tangentially involved with the group.

Scotland Yard said Wednesday it was also searching a residential address in Lincolnshire, in central England, and interviewing an unnamed 17-year-old in connection with the investigation. The second teen has not been arrested.
Comments