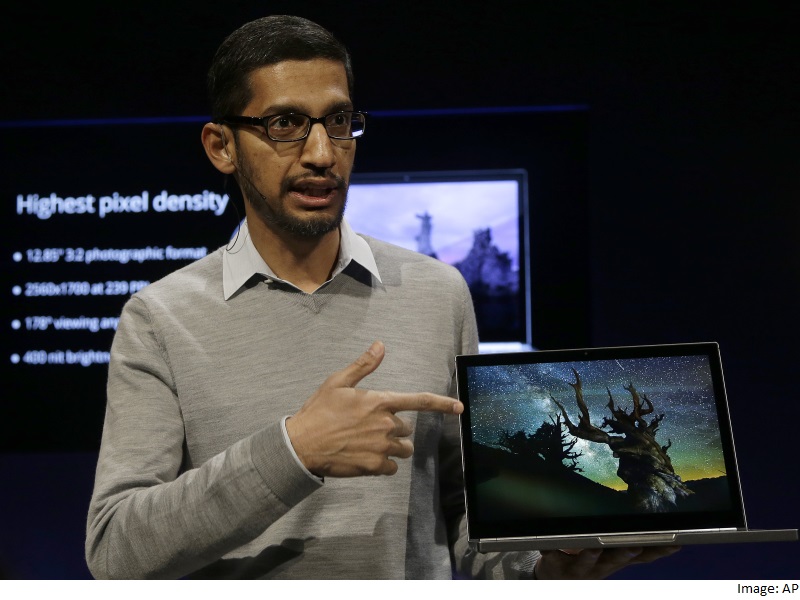 Pichai, 43, was named CEO of a newly organised Google, becoming only the third chief executive of the company after Schmidt and co-founder Larry Page.

Narendra Modi on Tuesday congratulated Pichai with a tweet that read, "Congratulations @sundarpichai. My best wishes for the new role at @google."

"Really excited about the vision and brilliance of Sundar... he's going to be a great CEO," Schmidt commented on Twitter as well as on Page's blog post announcing the surprise re-organisation of the company and the formation of Google's new parent company Alphabet.

Schmidt said the new name for the parent company 'Alphabet' is "awesome".

"Congrats to @sundarpichai on his well deserved promotion to CEO of @Google. One of the most capable technology leaders I have worked with," Taylor tweeted to which Pichai replied "thanks".

He also replied "thanks" to another tweet by Founding Editor of digital news daily Marketing Land, Danny Sullivan who posted "Wow. Google gets its third CEO, @sundarpichai  - congrats!" (sic)

In a filing with federal regulator Securities and Exchange Commission, Google informed about its organisational restructuring.

"Concurrently upon completion of the Alphabet Merger, Sundar Pichai, age 43, will become the new CEO of Google Inc.

Sundar is currently the Senior Vice President of Products at Google and oversees product management, engineering, and research efforts for Google's products and platforms.

"Since joining Google in 2004, Sundar has led a number of key consumer products which are now used by hundreds of millions of people and, prior to his current role, served as Google's SVP of Android, Chrome and Apps," the company said in the filing in which it also noted that Pichai received a B.Tech from the IIT-Kharagpur, a MS from Stanford University, and an MBA from the University of Pennsylvania.

Nasscom Foundation Announces Programme for Social Innovators
Micromax's Yu YuFit Review: Not the One for You