Padma Awards 2022 were announced by the government on the eve of 73rd Republic Day. 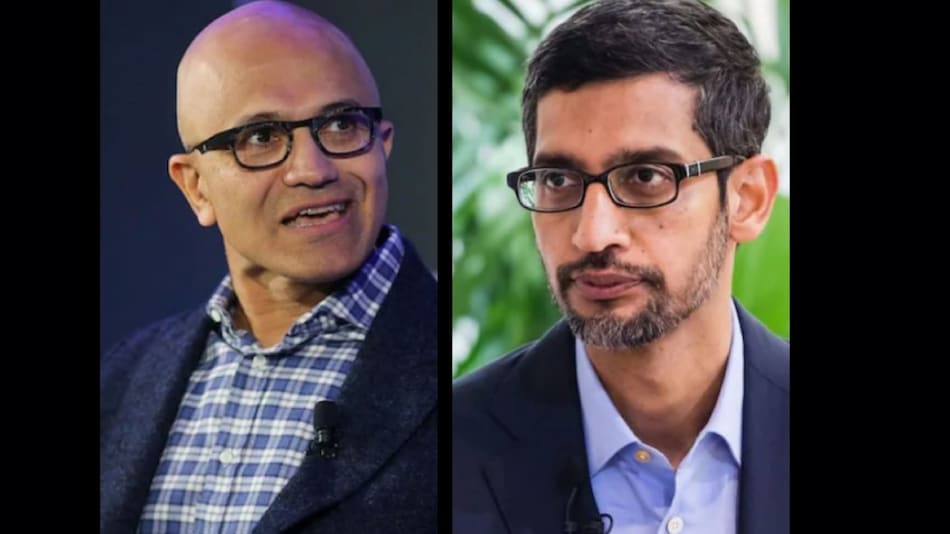 Satya Nadella, CEO of Microsoft and Alphabet CEO Sundar Pichai will be conferred with Padma Bhushan

Microsoft Chairman and CEO Satya Nadella and Alphabet CEO Sundar Pichai will be conferred with Padma Bhushan, the country's third-highest civilian honour, according to a press release from the government.

The Ministry of Home Affairs announced the Padma Awards 2022 on the eve of 73rd Republic Day. The Ministry stated that Satya Nadella and Sundar Pichai will be conferred with Padma Bhushan.

Satya Nadella is Chairman and Chief Executive Officer of Microsoft. He was named CEO in February 2014. Earlier, he had held leadership roles in both enterprise and consumer businesses across the company. Nadella hails from Hyderabad, India and currently lives in Bellevue, Washington. He earned a bachelor's degree in electrical engineering from Mangalore University, a master's degree in computer science from the University of Wisconsin - Milwaukee and a master's degree in business administration from the University of Chicago.

Sundar Pichai is the CEO of Alphabet, the parent company of Google that he joined in 2004 and was made the CEO of in 2015. Pichai was born in Chennai, Tamil Nadu. He earned a degree in metallurgical engineering from IIT Kharagpur and an MS from Stanford University.

Padma Awards - one of the highest civilian Awards of the country, are conferred in three categories, namely, Padma Vibhushan, Padma Bhushan and Padma Shri. The Awards are given in various disciplines/ fields of activities, viz.- art, social work, public affairs, science, and engineering, trade and industry, medicine, literature, and education, sports, civil service, etc. 'Padma Vibhushan' is awarded for exceptional and distinguished service; 'Padma Bhushan' for distinguished service of high order and 'Padma Shri' for distinguished service in any field. The awards are announced on the occasion of Republic Day every year, according to the Ministry of Home Affairs.

These awards are conferred by the President of India at ceremonial functions which are held at Rashtrapati Bhawan usually around March/ April every year. This year the President has approved the conferment of 128 Padma Awards including 2 duo cases.