SAP to Offer Its Business Apps on Google Cloud 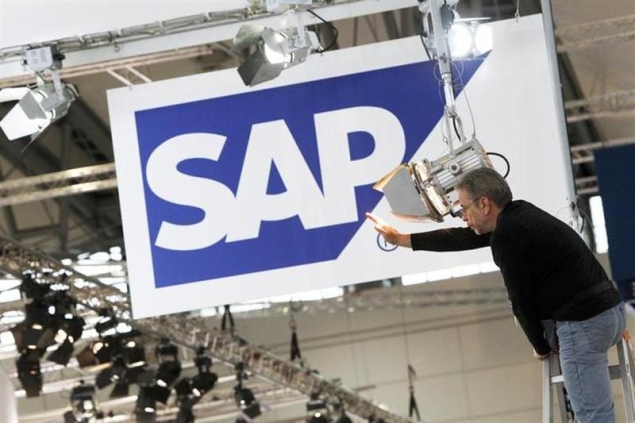 Appearing on stage at Google's Cloud Next conference in California, Bernd Leukert, SAP's executive board member in charge of products and innovation, is set to announce the two companies are also working on joint machine learning initiatives to be unveiled at SAP's own user conference in May.

SAP has moved in recent years to encourage the multinational base of corporate customers using its financial planning and other business applications to switch from traditional packaged software running on clients' own computers to cloud delivery.

SAP also said it was working over the next two months to make its own cloud platform ready to run on the Google cloud, allowing developers to take advantage of its containerisation features that allow technicians to automate software updates.

SAP also plans to offer Google's G Suite of business productivity apps including Gmail and Google Calendar to its own base of customers of more than 345,000 companies, which includes nearly 90 percent of the world's 2,000 biggest firms.

This business collaboration reflects a bid by major internet companies such as Google and Apple to move into business software markets where SAP is a powerhouse in enabling companies to operate on the emerging industrial internet.

Separately, SAP agreed last year with Apple to allow its 2.5 million corporate developers to build SAP apps that run on iPhones and iPad tablets. Toward that end, they plan to launch a software development kit for programmers later this month.