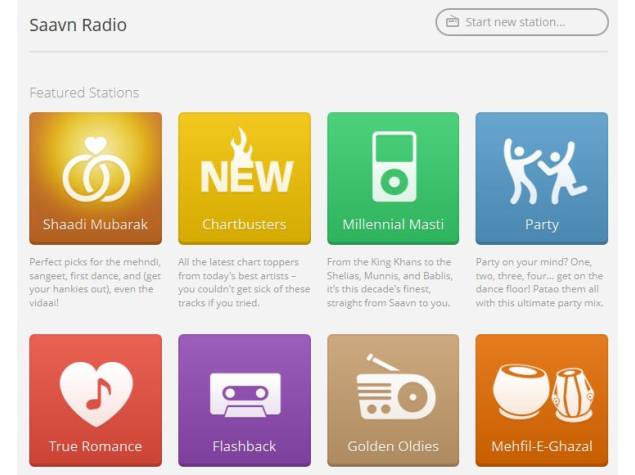 South Asian Audio Video Network (Saavn) is a digital music service which claims to have music licensing in place with over 900 South Asian record labels, and has over 1 million tracks. The company currently serves listeners in over 200 countries. It on Thursday launched a new Internet radio service, called Saavn Radio.

Saavn Radio for web offers few permanent stations like Chartbusters, True Romance and Golden Oldies, as well as seasonal stations, like Shaadi Mubarak station. Also website promises to add new featured and artist stations on a regular basis. This new offering by the company is said to be using a unique algorithm to provide Hindi music with an infinite stream that intelligently adapts to user preferences.

The service offers a 30-day free trial, after which users can subscribe to Saavn Pro for Rs. 220 per month directly through their Google account. The app renews automatically offering users 3GB of offline music storage on up to 5 devices. The company is also offering a Lite version especially for Indian consumers, which is available for Rs. 110 per month, renewing automatically for 1GB of music storage with just one device.
Comments